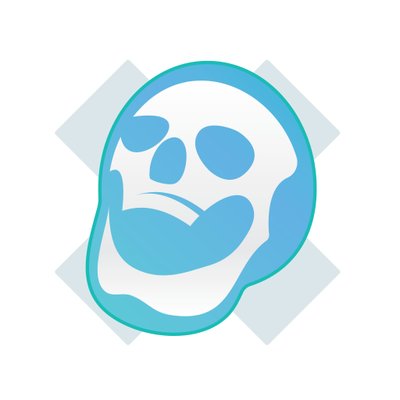 Not an album by Motörhead, but DeadHappy’s cool logo

The company says 8.1 million Brits don’t have life insurance and DeadHappy (great name for a firm) naturally wants to profit from those who seek to offer support to their loved ones in the aftermath of death.

Phil Zeidler, DeadHappy co-founder, and currently alive, says: “Traditional life insurance is overpriced, complex and dull. People are paying over the odds as a result. Our philosophy is different – you’re far less likely to die when you’re younger, this means you should pay less. It’s pretty simple.”

He adds: “We’re making this possible for the first time in the UK. We’re also trying to break new ground in how death is talked about, to help people plan for what happens when they die – without resorting to ‘project fear’. Death is never going to be the top of anyone’s list of favourite pub conversations, but we hope to at least make it a more approachable, less daunting conversation to have.”

On average DeadHappy says its life insurance costs £14.78 per month across ten years, compared to the existing industry average of £23.25 per month. This is because DeadHappy’s life insurance is priced annually based on a customer’s current age and risk level – not a prediction about their risk of dying across the next 20 years.

The firm reckons that many people in the UK find thinking about and planning for death unappealing. (Not in my family.) To address this, the company is introducing what it calls “deathwishes”. Dibs on that name for my planned heavy metal band.

DeadHappy explains: “These are not the desire for self-annihilation, but DeadHappy’s way of helping customers express what they want to happen when they die. So rather than simply offering a payout, deathwishes can be financially led, such as paying off a mortgage, or more personal, such as buying someone an annual season ticket for their football team or arranging someone to take the bins out for their partner.”

In terms of the DeadHappy team. Zeidler founded Junction, part of BGL, and was chair at Simply Business among others. He is joined by three other souls that are possessed by the relevant skills.

DeadHappy is authorised and regulated by the Financial Conduct Authority (FCA). It’s backed with £1.5 million seed investment led by Octopus Ventures. The company adds that it is also supported by partnerships with French mutual insurance company Covéa and American multinational Gen Re.