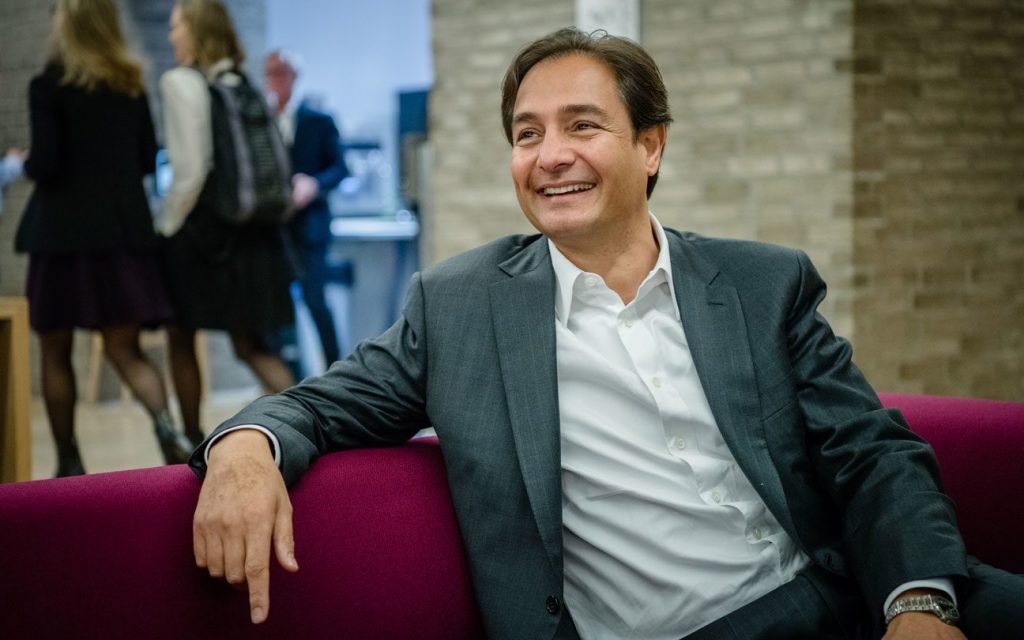 Aidan Millar, DNB: “We needed to reconnect with our customers”

In the first of a series of articles looking at how the financial services sector is meeting the challenges of data, Martin Whybrow talks to DNB’s chief data officer, Aidan Millar, about how this Norwegian bank is seeking to use data to reconnect with customers.

The Nordic banking sector has pushed further than more or less any other in moving customers from branches to online and mobile channels. However, this has led to a loss of contact with customers and an erosion of loyalty. Can better use of data allow the banks to reconnect?

The largest Norwegian bank, DNB, is seeking to do just that. The bank’s senior executives recognised the problem in 2017, having implemented the biggest ever restructuring of the bank’s distribution network.

Across Norwegian banks as a whole, 90% of customers no longer use branch offices for their daily banking needs. At DNB, the number of visits to its mobile bank has increased from 700,000 to 17 million per month during the last three years.

Furthermore, changes in customer behaviour are not unique to the personal customer market – corporate customers also want to use the bank in new ways. Nine out of ten companies now establish their customer relationships digitally.

The success of the channel shift is clear. DNB is Norway’s largest internet bank, with more than 1.3 million active users, and the country’s largest mobile banking service provider, with 864,000 users (it has 2.1 million retail customers in total). In benchmark analysis of the international banking sector by Finalta, DNB was ranked number one in the world based on the efficiency of its branch network, and number two based on the termination of manual services in its branch offices.

“However, we recognised that we needed to reconnect with our customers,” says Aidan Millar, DNB’s chief data officer (CDO). In fact, the creation of the CDO post at the end of 2017 was one of the first steps in a three-year data strategy.

The starting point, says Millar, is a cultural transformation. This requires people to understand the data strategy, to commit to its success and for this culture change to then become embedded within the business units.

Linked to this, there is an emphasis on ensuring ethical use of data, which means meeting regulatory requirements but also best practice, says Millar. This includes better communication and transparency with customers about how their data is being used. For GDPR, why wouldn’t you be compliant, he asks – the regulations call for practices that should be followed anyway. The emerging Basel Committee regulations on data (BCBS239) are also important, he says, setting out where data comes from, how it is manipulated and how it is used.

The cultural challenge has been an interesting one, says Millar, with a need to constantly adjust the storyline. At the outset, the tendency was to be too detailed, so that the strategic messages became lost. Over time, there were a few taglines that resonated.

One of the key messages was that “customers are talking to us every second of the day via digital channels, but we are not listening”. Also emphasised was the fact that the bank while has clearly made tremendous progress with digital channels, it now needed to use those channels to reconnect.

Digitalisation has brought an explosive growth in data, which means challenges and opportunities. For DNB, the aim is to ensure the bank is relevant to customers in their daily lives. The best user experience is the invisible one, where a need is identified and solved as part of the customer’s overall commercial interaction. Such a capability would meet today’s heightened customer expectations, which stem from the advent of the on-demand, frictionless mobile economy.

Staff need to be mobilised and empowered to leverage the current data assets, with the creation of a governance structure to facilitate this. Each DNB business unit now has one or more data stewards, new posts that provide ownership for data and data models and ensure that the data value chains are documented.

DNB is moving to an enterprise-wide data platform which will better support the bank itself as well as allowing third-parties to provide services to its customers.

There is the construction of a cloud-based platform that will be connected to the bank’s data sources across all of its main business areas – retail, wealth management, SMEs, large corporates, and markets, taking in risk and finance data as well as commercial data.

That main platform is Insights Platform for Analytics (IPA), running on AWS and leveraging Hadoop Clusters, linked to a suite of advanced analytics toolsets.

An initial task was to build an inventory of the data, beginning with the most frequently accessed and time-relevant data. The work includes identifying any manual, time-consuming data processes (such as tagging, cleansing) for potential replacement with machine-learning algorithms. The data siloes within the bank needed to be identified, along with corresponding data needs that were not currently met across the business.

The next stage is to simplify access to trusted data and define a strategy for standardising data access via the data platform. While building the platform, the bank has also start to look for external data sources that might be incorporated to complement existing internal data and would help bring more complete insights.

The enterprise data management system will hold all consumer customer channel and transactional data in one place. It is intended to be ‘decoupled’ from the data siloes. A Customer Data Capture component will monitor the channels in real-time to identify customer digital interactions.

The data lake will also drive customer insights and will direct the bank’s interactions, so that DNB will be able to respond in a way that delivers value to the customer, with the right offer, via the right channel, and at the right time, through real-time interactions.

DNB wasn’t starting from scratch, as it had some of the components, but there is a major connectivity workload. In the last six months, almost 30 systems have been connected, with many more to follow in 2019.

The first task for a new connection is to scan the meta data. For this, a data quality tool was fundamental, says Millar. To better understand how data is being used, DNB opted for a data governance and catalogue tool from specialist data solutions provider, Collibra.

The bank went through a rigorous selection process, says Millar, and looked at the relatively small number of established tools on the market, from the likes of IBM and Informatica. The Collibra tools were felt to be user-friendly and oriented towards business use. “Data should be driven from the business, this is not an IT-driven exercise,” says Millar.

The Collibra tools, which are used across many vertical sectors, scan the data meta tables and analyse the quality of the data on a row-by-row basis, providing a full inventory and synchronising with the main AWS-hosted IPA data platform.

In terms of applying machine learning, tools will be plugged into the data lake to analyse the big data. For instance, says Millar, the bank might run an artificial intelligence algorithm over five billion transactions in a 90 day period to identify patterns of behavior around potential customer churn, allowing the bank to then take steps to try to improve customer retention.

The work is ongoing but a fair amount has been achieved in the last year or so. Indeed, it was felt that quick wins were important, to validate the data strategy.

Millar believes that banks are laggards in using data. In part, he feels this is because they have not been put under pressure to compete in the past. However, this is definitely changing, with the arrival of challengers and fintechs. The complexity and friction between systems within banks has also worked against better use of data, with often hundreds or thousands of applications that do not talk to each other.

The first year, says Millar, has been about the culture and laying down the foundations for data quality and regulatory compliance. Year two will be about “extending the framework as much as we can across the business and industrialising it”. Eleven initial user cases have been defined and planning is underway to implement these in the first quarter of 2019. One will be mortgage pricing and approvals.

While there are those “quick wins” in the interim, year three will be where the real added value for customers will be delivered and the customer insights will allow the much-sought after reconnection.

As Nordic banks led with digital channels, it is perhaps no surprise that banks here are likely to be among the leaders when it comes to next generation use of data. As DNB demonstrates, this can only be achieved with a well thought-out and communicated data strategy that is likely to require new roles, new thinking, a central data platform and new tools, backed up by senior management support and bank-wide commitment. The investment and effort will be worth it if the prize of reconnecting with customers can be achieved.

#Analysis: Digital transformation in mortgages: beyond weathering the storm With the high demand for mortgages in… twitter.com/i/web/status/1…

Start-up Quantile acquired by @LSEGplc Quantile was founded in 2015 and caters to banks, hedge funds and other fi… twitter.com/i/web/status/1…

Finnish #paytech @enfuce raises €45m in Series C round The Series C investment round was led by Vitruvian Partners… twitter.com/i/web/status/1…