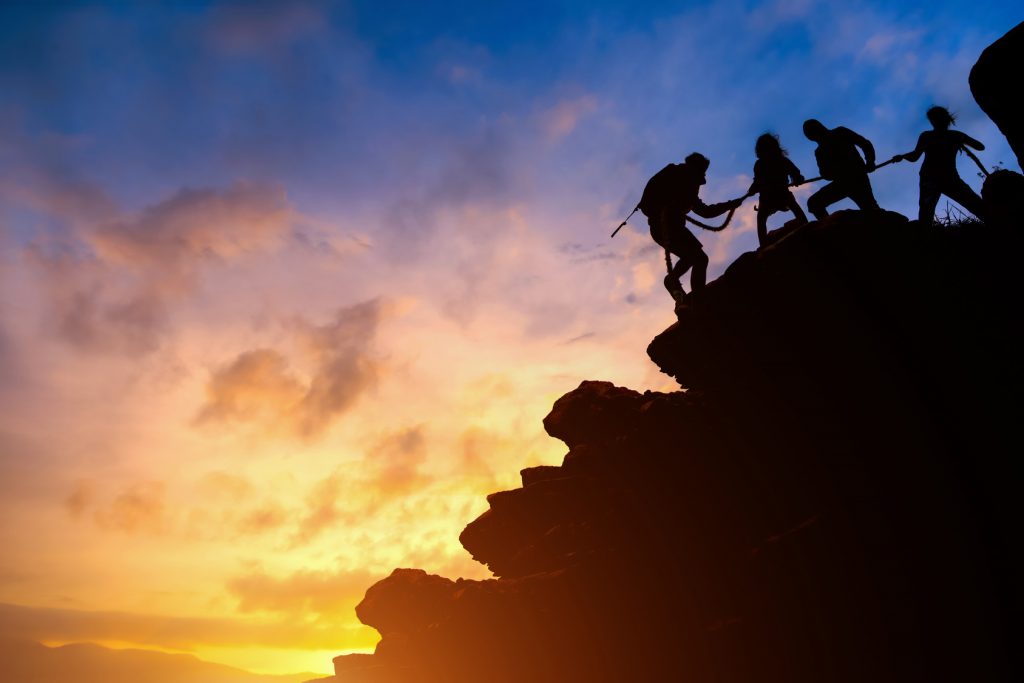 Digitally enabled by you but fuelled by their own fire

Sophistication in the language of digital transformation has improved exponentially in the past ten years. CEOs and their direct reports are fluent in the language of disruption and change. They can spell blockchain, know APIs matter and have signed off enough innovation activity budgets to realise it’s a thing.

Not having a digital vision doesn’t make a bank CEO stupid.

Their surface level excitement is genuine. Their appreciation of embracing disruption and finding new ways to serve their businesses is acute. That doesn’t mean that they will either be able to understand or drive the kind of change that will be needed to make this happen. There are knowledge gaps that go beyond “understanding the landscape”.

“What makes you think you will be employable for the next 20 years? There are people born knowing what you do flocking into the workforce.” That was said to me by someone I care about very much and it was not meant to hurt. It was meant to keep me grounded. And it worked. The market is changing at such a pace that “what it takes” to make things work keeps changing and the generations that will be on the cusp of the right knowledge will be the ones to benefit with each iteration.

The fact that they are spending the money now is their attempt not to forestall but to prepare their organisation for a future they know they don’t get. They also know they won’t run it and they are ok with that. They just want to leave a legacy that can be worked by the next generation. And that is not easy because they are mostly asking the wrong questions, partly because that is how their brains are wired and partly because nobody wants to give the impression of having lost control because that level of honesty will probably lose you the job too.

Not to mention that experience is amazing: having seen the stuff before makes you calmer, braver, wiser. But what if the stuff you have seen is not the stuff you are now looking at and your calm not helping because it conceals the fact that this challenge is nothing like the last one. And while you are not working it out, you are wasting time.

Time you should be using to hire the right engineering talent, understanding what a product head really does (not where they may fit in your hierarchy and what that will allow them to do) and why you need them, not to mention understanding the economics of the thing you are trying to achieve.

Ultimately, sitting executives are missing talent and they are missing knowledge but they are also missing the pathways to getting it, either because the thread can’t unravel until someone starts it. Or because they are set in the ways that got them the corner office. Or because there is a lot of goodwill, a fair amount of fear and nobody to turn the execs to face in the same direction, nobody who gets all this and has the right gravitas to fuse the big wigs into a team that can drive a transformational agenda to its logical conclusion (yes, transformation that also includes themselves and the chairs they sit in).

Organisations may not see this but they feel it and hire consultants, innovation bods and chief “come shake us up” officers. And we all know how interesting life gets after that as the people mandated to drive this drive and the people who hired them somehow feel permitted to voice more and more concerns and focus more and more on the now in the interest of healthy challenge and profitability now that we have that stuff covered.

The reality is that until this stuff is everyone’s job it won’t get done well enough, fast enough or comprehensively enough.

What can you do?

In my view there is only one way to address it:

Step 1: Nobody likes to be told their ginger baby should probably not wear pink. Just buy the baby a blue sweater or something.

This is what the first CEO I ever worked for told me about giving seniors feedback.

Pointing out all the stuff they don’t know doesn’t help. Plug the gaps for them. Find their learning style and help them learn. Lunch with a CPO from a successful fintech, tech breakfasts for show and tell, reverse mentoring, reports, books, podcasts. Whatever their learning style is (you have to crack it, yes you do) work to it and help them learn without pointing out how much they don’t know.

Step 2: Do not patronise them.

You cannot supplant or replace the organisation’s lack of strategic vision in any sustainable way and you would do nobody any favours if you pretending like the decisions they have to make are less momentous than they are.

Don’t take the magnitude of the thing away. Don’t take their sense of duty and urgency away. Just help them deal with it.

Step 3: Find what they care about. On a personal, team or organisational level. The thing that excites and inspires them. We are all small children stargazing, underneath the suits and finding the kernel of passion is your key to the future.

It could be deeply personal, it doesn’t matter.

It could be something you find small, irrelevant and boring. It doesn’t matter. This is not about you.

The things people care about bring energy, passion and faith. All of which are essential when you are taking on the mammoth task of changing your business, operating and delivery models all at once (which, let’s face it, is what true digital transformation is).

Find what your senior decision makers are passionate about and help them accelerate learning around exactly that.

It could be that system they helped build as a young VP.

It could be building talent.

It could be compliance.

It could be protecting your business’ footprint in a small part of the world that is not as profitable as it should.

It could be the business line they started in thirty odd years ago.

It could be their personal legacy.

It doesn’t have to be big, lofty or sensible. It just has to be true. And you have to find it.

It doesn’t matter what it is or if you think it is worthy of their focus. It is what it is and it is where their journey starts. So help them start from where they are, with knowledge and momentum.

Get that initial hook of interest right. Get the learning pace and tone right so they don’t forget, they don’t get overwhelmed and it feels neither generically academic or patronising. It is your job to translate the world for them to a certain extent. But it is not your job to shield them from it.

Let’s assume that, to get to where they are, they’ve been doing something right in the decision-making, abstract thinking and ability to move forward departments… your job is to equip them to keep doing that in a changing environment.

Your executives are humans and you are all about human centred design.

So find what they care about and centre your design around them so they can go off and do the job they are there to do. Digitally enabled by you but fuelled by their own fire.

The things they care about. As such. And so much.