First Direct and Bud buddy up for open banking action

First Direct is expanding its partnership with fintech Bud to deliver a new range of third-party services and products through its mobile app in 2019, following the completion of its 12-month Artha mobile banking app pilot. 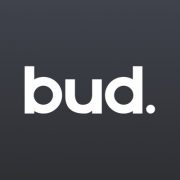 Following a $20m funding for Bud

First Direct’s team will work with Bud to integrate some of the services that the Artha app users find most useful, such as reducing fixed monthly costs, aiding first-time buyers and increasing financial wellbeing.

Joe Gordon, head of First Direct, says: “By using data to understand their financial position and decide where they want to be, customers will be able to find the right mix of products and services to help them get there.”

The first phase of new features to First Direct’s mobile banking app are due for release towards the end of the year. The Artha app itself will be discontinued from 15 March 2019.

“Our goal is to make money simpler for people and, in doing so, give them more control over their lives,” says Ed Maslaveckas, co-founder and CEO of Bud. “We now have the tech to enable this and, by collaborating with people like first direct where the same vision is shared across both teams, we can do it at institutional scale immediately.”

The bank says it was the first time a large financial institution in the UK has made third party products available for the benefit of customers.

The aim of the Artha app trial was to explore how open API technology could help customers in new ways by connecting their different financial products and service providers in one place.