Fintech companies around the world have raised a record $39.57 billion of investment from venture capital firms in 2018, an increase of 120% from 2017. 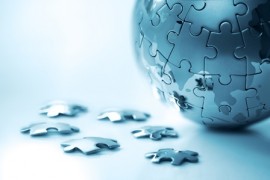 The data reveals that 35% of the total investment came from a $14 billion investment in Ant Financial, the payment affiliate of Chinese e-commerce giant Alibaba.

In the last three months of the year, five companies became fintech “unicorns”, reaching a valuation of over $1 billion, including credit card provider Brex, digital bank Monzo, data aggregator Plaid, as well as DevotedHealth and Toss.

For 2019, this doesn’t seem to be slowing down, with N26 and Confluent having joined the ranks of unicorns.

Fintechs are also appearing in many places beyond the “core markets”, that being China, US and UK. CB Insights says 39% of all 2018 investments happened outside of these three geographies.

Asia saw the biggest boost in deals, growing 38% year-on-year and a record level of funding raising $22.65 billion across 516 deals. The research expects Asia to surpass the US this year.

In the US, fintechs raised $11.89 billion through 659 investments, while the number of deals dropped in Europe, but funding reached a record $3.53 billion.

The report also highlights South America, as that region saw funding top $540 million across 55 deals, both a new annual record.

Despite geopolitical conflicts that kept investors away from the region, Brazil-based NuBank, became South America’s first unicorn and closed out 2018 with a $90 million investment from Tencent.