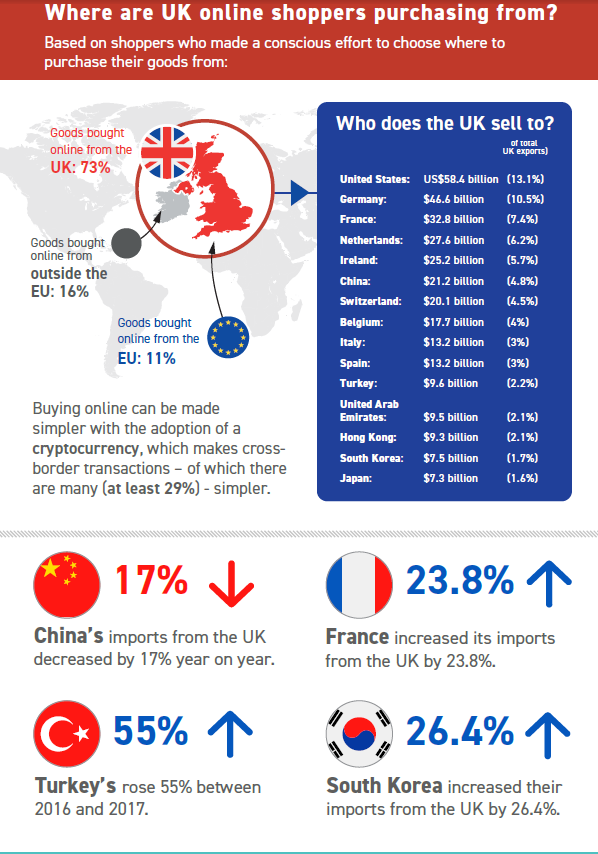 Consumers in the UK buy a higher proportion of goods from overseas than almost any other wealthy country, making it a high-value export market for businesses across the world.

UK shoppers also tend to do a much higher proportion of their shopping online, outspending even the US when it comes to online spending per household. With the UK’s trading relationships in such a state of flux, it’s worth exploring which countries are currently selling the most to the UK and what this might suggest about the future of the economy.

Read on to find out more about the biggest overseas markets for UK consumers. 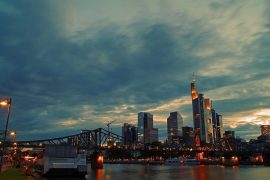 Germany has historically been one of the UK’s largest trading partners, but only recently has this translated to huge online sales. Electronics from German companies such as Siemens and T-Mobile have proved among the most popular types of items in British shopper’s baskets.

Much of German-UK trade is in financial services, given that both countries are financial powerhouses. Trade in CFDs, shares and foreign exchange dominates much of the activity in London and Frankfurt, with both countries having mutually recognised standards which are conducive to this kind of trade.

With such lucrative trading growing in popularity among individuals, UK-based platforms such as IG Academy have been launched to help teach citizens how best to go about it and make a profit. 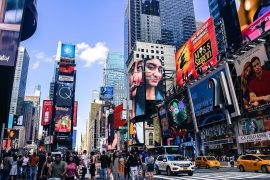 When it comes to non-domestic online spending, the US takes the lead by far. With the UK-US trading relationship being one of the most valuable on the planet, it’s unsurprising that Brits spent a whopping $58 billion dollars on US goods last year. In the online realm, much of what is being sold is fashion-related, with US retailers such as Forever21, Victoria’s Secret and American Apparel being hugely popular.

Perhaps surprisingly, one of the biggest US exports to the UK is collector’s items, with over $3 billion of antiques and merchandise sold to the UK in 2017. 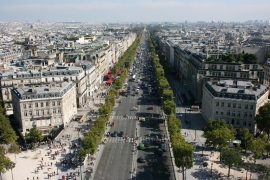 France has enjoyed a uniquely profitable year when it comes to selling to UK consumers. 2017 saw France increase its exports to the UK by a whopping 23.8%, which much of the online growth being fuelled by the fashion industry. Major luxury clothing brands have been shifting huge amounts of affordable streetwear to UK buyers, with brands such as Balmain, Givenchy, and Versace proving the most popular.

Perfumes and cosmetics were also a major source of spending, with brands such as Dior, Hermes, Lancome, and L’oreal continuing to make up the bulk of spending.

France’s trading relationship with the UK has been up on down over the years, with recent quarters showing both record high and all-time-lows of sales to the UK.

These rankings might not come as a shock to most people, given the geographic and cultural proximity of these countries to the UK. What will be worth observing is whether these figures will change following the UK’s departure from the European Union and if non-EU countries will climb up the rankings.