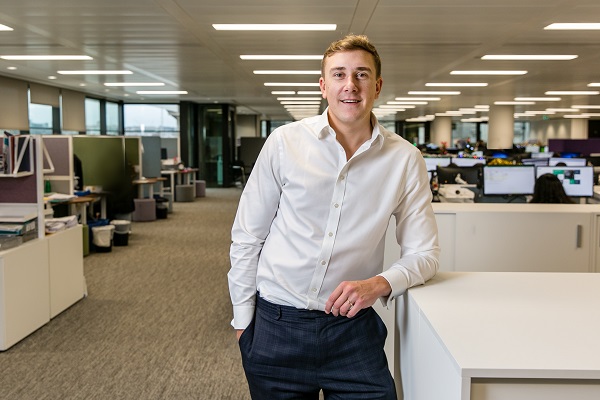 In December last year, the smoke finally cleared; the UK’s HM Revenue and Customs (HMRC) published its long-awaited tax legislation for individuals who hold, trade or mine cryptocurrencies.

In recent years we’ve seen the market cap of the original cryptocurrency, Bitcoin, grow from $6 billion to $63 billion, with nearly a third of millennials in the UK claiming to have invested in cryptocurrencies. Whilst cryptocurrencies have risen in popularity and viability, there has been limited direction on how these assets are considered by the authorities, so HMRC’s guidance provides welcome clarification.

HMRC’s introductory paper states that each case will be looked at individually to understand the true nature of the transactions, and that their views “may evolve further as the sector develops”. For now, they have focused only on individuals, but legislation regarding businesses’ obligations is also in the pipeline.

For individuals who own or have owned cryptocurrency for capital appreciation in its value, the tax treatment is relatively uncomplicated and no different to buying and selling art, jewellery or stamps. Those holding cryptoassets for this purpose, will be accountable to pay capital gains tax (CGT) when they dispose of the cryptoasset. CGT is also only applicable to assets that are disposed of for more than £6,000.

2018 saw most major cryptocurrencies plummet in value. Thankfully, under HMRC’s guidance certain ‘allowable losses’ can be used to offset capital gains, but these losses must be reported to HMRC first. For example, if a loss of £100,000 was made on the disposal of Bitcoin, and in the same tax year a profit of £150,000 was made on the sale of a piece of art, the taxable gain for CGT purposes would be £50,000. This would be partly covered by the £11,700 tax-free allowance, and so CGT may only be payable on £38,300 of the gain.

Tax legislation is seldom straight forward and there are a number of additional rules that have been introduced to provide clarity in uncommon situations. For example, in cases where the cryptoassets are considered worthless, lost or stolen (particularly relevant given recent studies that reveal more than 20% of Bitcoin is lost), HMRC provided the following guidance:

In addition to capital appreciation, there are a number of other reasons why individuals might own cryptoassets.

Individuals are liable to pay income tax and national insurance (NI) on cryptoassets that are received from their employer as a form of payment or remuneration. Employers need to be aware that they are responsible for deducting PAYE and NI on readily convertible assets (RCAs).

On the other hand, if the cryptoasset is not considered to be an RCA, then the employee is responsible for declaring and paying tax to HMRC. It should be noted that any subsequent disposal of the cryptoassets received as a form of remuneration may result in a chargeable gain for CGT purposes.

Income tax and NI will also need to be paid on cryptoassets that are acquired via mining, transaction confirmations or airdrops, unless the person did not provide any form of repayment for benefitting from the airdrop. Again, if there is a subsequent increase in the value of the cryptoassets, this may result in a chargeable gain for CGT purposes. If you thought mining Bitcoin was complicated, calculating the subsequent tax liability could be even more of a minefield!

HMRC has detailed further considerations worthy of noting. When it comes to inheritance tax, cryptoassets will be considered in the same way as property. Additionally, cryptoassets are not considered to be currency or money, so they cannot be used to make a tax relievable contribution to a registered pension scheme. HMRC has also stated it does not consider the buying and selling of cryptoassets to be the same as gambling.

In terms of the regulation of cryptoassets, the guidance from HMRC is a significant step forward, and offers clarity to many investors. We hope that additional regulatory guidance for businesses holding cryptoassets will follow in quick sucession, which should put further pressure on the government and FCA to press ahead with wider legislation of this relatively new form of investment.