Can cultures really change? Can trust ever be reestablished? 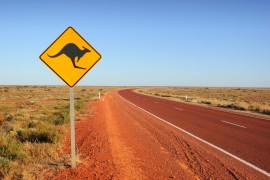 Having just ended an extended stay in the Antipodes where travels took me to major Australian cities, coastal and inland, as well as to New Zealand, I have to say that I am dumbfounded by all that I read in the papers.

Watching the evening news was akin to watching an old episode of Dallas, or more appropriately perhaps, the original Wall Street movie with Michael Douglas. In a battle over meanness I am not sure whether it would be Larry Hagman or Douglas that would have taken the prize, but nonetheless, the image of them fighting over a financial windfall would have been epic.

On the other hand, Australia’s Royal Commission into Misconduct in the Banking, Superannuation and Financial Services Industry has now wrapped up its work and its final report passed over to the responsible government minister on this occasion, that being the Queen’s representative in Australia, the Governor-General, His Excellency General the Honourable Sir Peter Cosgrove AK MC.

My time down under kicked off with my attendance at Sibos Sydney 2018 about which I have written a number of articles and provided several commentaries. This is most definitely a must-attend conference for anyone in the financial services industry, be that mainstream banks or up-and-coming fintechs.

Following the conference I became just another consumer who needed to access his funds while travelling abroad. Walking into a number of these venerable institutions I was given a variety of receptions, starting with the pleasant personal touch provided by St George Bank in Sydney’s northern suburbs to where, in Sydney’s Central Business District (CBD) at a Westpac Banking Corporation branch clearly set up for its business clientele with nary a banker to be seen, I left the premises unable to comprehend the user interface on the machines lining the wall. Even as today St George is a division of Westpac and a former successful building society, the difference was not just of location and the difference between a sleeping suburb and a bustling city center, but about culture.

Banking in Australia today, as it is in a number of countries around the world that I have visited in the past five years, continues to project an attitude of entitlement. It may be your money but for those I have visited, their responses have been almost universal: why should we let you take money away from us – we know best! Irrespective of the need at the time, it’s unfortunate in these modern times that like many of my colleagues, images of Scrooge come to mind whenever such an attitude of entitlement morphs into arrogance and a total disinterest in my financial needs of the hour. There was a time even in Sydney’s “roaring 1980s” when it was a simple matter of asking your branch bank manager whether he cared to join you for lunch as was often the case with the local manager of National Australia Bank (NAB) where I banked all those years ago. But to consider doing something similar today, well, the culture of banking in the late 2010s is one where the “what’s in it for me” attitude prevails and in declining the invitation, the only explanation given would more likely be that I have to sell three new mortgages before lunch!

“There is a lot going on,” said ANZ CEO Shayne Elliott at Sibos. “As a bank, we are looking at the past and at our failures. However we are facing challenges.” Elliott acknowledged that there were going to be “cultural changes to address past indiscretions while the bank addressed digital transformation”. The reference to transformation and its focus on technology wasn’t lost on those attending the conference as transformation was equally a requirement of their culture. Now, several months later, the findings of the Royal Commission have made it to responsible parliamentarians and gradually, the public at large is getting an eyeful of the misconduct of the banks.

Both the interim report and the final report by the Commissioner are now available and there’s some interesting reading. In the interim report the Commissioner opined that “the law already requires entities to do all things necessary to ensure that the services they are licensed to provide are provided efficiently, honestly and fairly. Much more often than not, the conduct now condemned was contrary to law.”

In the final report, the Commissioner wrote: “I thought it telling that NAB’s chairman Dr Henry seemed unwilling to accept any criticism of how the board had dealt with some issues. I thought it telling that CEO Mr Thorburn treated all issues of fees for no service as nothing more than carelessness combined with system deficiencies when the total amount to be repaid by NAB and NULIS on this account is likely to be more than $100 million.”

As for ANZ and Elliott, the interim report included an update stating that ANZ “acknowledged that it had engaged in misconduct and conduct falling short of community standards expectations relating to home loans, credit cards, processing errors and car finance”.

Overriding all of what was covered in the findings of the Royal Commission was the sentiment that the Australian population had lost trust in banks. Once lost, trust is a difficult commodity to see reinstated – the population is now wary about approaching banks for any financial service. The loss of trust too means that the doors have been flung wide open for entertaining new players in the marketplace and of course, this means fintechs are going to be given a lot more opportunity to serve the Australian populace than they otherwise could have possibly hoped to have attracted.

While not quite a case of being given carte blanche to do what they like, fintechs in general will be given the chance to move into territories formerly only available to banks. Providing small business loans online at a much lower cost point for both parties is likely to blow some of the cream off the future outlook for banking and there will be more to follow as the Australian government has enacted legislation that makes it easier for fintechs to operate in the country.

Whereas Australia is frequently depicted as a former convict colony, where the currency of the land was once a measure of rum, the population today is hoping to see the leaders named in the final report of the Royal Commission prosecuted. This isn’t likely to happen, although the chairman and the CEO of NAB have now both resigned and shareholder advocacy groups have called for all banking board of directors to step aside.

There is a general election scheduled for March and it’s now a delicate situation for both parties; the recommendation called for the agencies in place to simply “do their job of oversight”. However, already there is a sense the tide has turned and the banks that were once so dominant have been brought down a couple of pegs and will be left to not only compete but to regain trust and for the fintechs, this can only be interpreted as good news. While not being served the whole market on a silver salver, it’s the closest it has come to this for fintechs looking to strengthen their presence in a major financial marketplace. Finally, this is all about Australia after all – it couldn’t possibly happen anywhere else now could it?

Who could have guessed that in a market such as Australia, it would be criminal activities of a select few that opened the doors to a better deal! And who would have thought that Australian bankers would have turned out to be every bit as greedy as Wall Street’s mythical Gordon Gecko. In fact, facing uncertainty in the marketplace now and looking to regain the communities’ trust, perhaps it’s that other quote from the above movie that bank executives may want to take note of: “Don’t run when you lose, don’t whine when it hurts. It’s like first grade. No one likes a cry baby.”

And yes, all cultures can change. In time. Trust me.