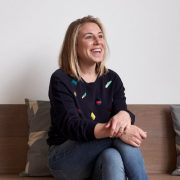 Ophelia happy with $85m in funding

Brown has worked at early stage investors Index Ventures and LocalGlobe, and “convinced” entrepreneurs such as Robinhood co-founder Vladimir Tenev and Mikkel Svane, founder of Zendesk, to back her.

The Blossom team are a mix of investors and operators picked by Brown, who have between them helped build a variety of tech companies, including Facebook, Klarna and Deliveroo.

“The European ecosystem has changed dramatically over the last decade; we believe that mission-driven entrepreneurs today want investors who match their ambitions and can help them reach goals far beyond what they thought possible,” says Brown.

She adds: “Too often founders have felt they need to go to the West Coast to raise their Series A – with our unique Silicon Valley ties and deep networks, we’ve set up Blossom to help change that.”

Blossom says it has an even split between female and male partners, including Louise Samet, who joined Blossom after six years at Klarna, where she was responsible for its digital products and led its technical sales team.

Blossom says it seeks to “level the playing-field” so there will be times when women will get a chance to pitch their ideas to the investing team – and only women.

The firm has Imran Ghory as a partner, who previously led data-driven deal sourcing at Index and was head of data insights at MarketInvoice. In addition, Mike Hudack is a partner, and until recently he was CTO at Deliveroo, and previously director of product at Facebook.

The firm also includes partner advisors to the firm, namely a network of 30 founders and executives from various technology brands.

“Traditionally European Venture has been dominated by non-technical investors,” says Ghory. “We’ve found having the majority of the investment team with engineering, product and data backgrounds at Blossom makes a huge difference to founders who know we speak their language.”

Investments will typically be in the $5-$10 million range. To date Blossom has backed Duffel, Fat Llama, Frontify and Sqreen, co-investing with tier one Silicon Valley and European funds including Y Combinator, Greylock and Index.

Blossom adds that its founders will be able to draw on their links forged from multiple co-investments with Silicon Valley VCs – including Greylock Partners, DST Global, Sequoia Capital, and Social Capital.