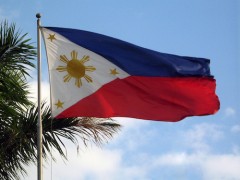 The firm allows overseas Filipino workers (OFWs) to transfer US dollars to the Philippine peso.

“SendFriend has built strong partnerships along its supply chain, while developing a foundation to significantly minimise friction in the system. This is a highly competitive space with long-time incumbents, but we are confident in the success of SendFriend,” says Yuan Ruan, founder of 8 Decimal Capital.

SendFriend says its fees are 65% lower than the industry average as it replaces the frictions and fees of the banking system.

The firm plans to initially launch in New Jersey in the US and progressively expand to other states.

Through a partnership with Ripple, SendFriend uses xRapid to create a money transfer experience. XRP is used as a liquidity vehicle for cross-border payments.

David Lighton is the co-founder and CEO. SendFriend was founded at MIT by people with experience at the World Bank and MoneyGram. SendFriend was accepted into the Barclays Accelerator Programme, powered by Techstars, to build out its customer-first solution