The CEO and chairman of National Australia Bank (NAB) will both step down as the nation’s banking sector came under fire for its collective failures. 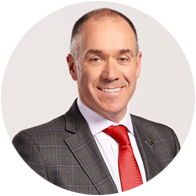 As reported on 5 February, the Australian Royal Commission into Misconduct in the Banking, Superannuation and Financial Services Industry produced its final report.

It was not a pretty picture – with criticisms of and recommendations for the big four players.

At that time, Australia’s Treasurer Josh Frydenberg said the government has agreed to take action on all 76 recommendations made by Commissioner Kenneth Hayne QC, and plans to focus on “restoring trust” in the financial system Down Under.

Without much of a delay, NAB CEO Andrew Thorburn and chairman Dr Ken Henry have today (7 February) advised they would leave the bank.

Thorburn says: “I have had a number of conversations with the chairman this week. I acknowledge that the bank has sustained damage as a result of its past practices and comments in the Royal Commission’s final report about them.”

He adds: “I recognise there is a desire for change. As a result, I spoke with the board and offered to step down as CEO, and they have accepted my offer.”

The NAB board will initiate a global search process for the CEO role while actively considering a range of quality internal candidates.

Dr Henry indicated he would retire from the board once a new permanent CEO had been appointed. His view about change was similar to Thorburn’s comments.

The board has asked Philip Chronican, a current NAB director with “extensive” domestic banking experience, to serve as acting CEO effective 1 March (subject to relevant regulatory approvals) until a permanent appointment is made.

During his time as CEO, Thorburn “repositioned” NAB to focus on its core business in Australia and New Zealand. This included the divestment of Clydesdale Bank, Great Western Bank and MLC Life.

NAB explains that he launched a “significant” transformation of the bank in November 2017. This programme continues and the NAB board is “committed” to the targets outlined.

As reported at that time, NAB will make 6,000 job cuts over a three-year period with its digital banking revamp and long-term strategy to maintain profit.

In other recent news, and in an interview with iTnews, NAB revealed it is undertaking a “massive” customer relationship management (CRM) transformation that will see it refactor and consolidate older systems in a new platform of internal and vendor components.

Work has started to deploy a brand new Salesforce financial services cloud platform across the bank, accessible by about 15,000 staff.

It is understood that 13 legacy systems will be replaced by this single platform. iTnews says simplification of NAB’s existing presence in Salesforce appears to have been underway for at least the past year, in readiness for the shift onto financial services cloud.

“We are in the process of consolidating and refactoring several legacy systems as part of this work; it will allow our bankers to more easily access the information they need no matter where they are in the country, driving more efficiency for them in the way they work.”

Halfway hall "It’s time to focus. If nothing else, think how fast the last few years have flown by." By… twitter.com/i/web/status/1…

Navigating the new normal – how to redefine KYB and enhance the SME experience "The “one size fits all” approach t… twitter.com/i/web/status/1…

.@VirginMoney, the UK’s sixth largest lender, suffers 77% drop in pre-tax profits this year due to its half a billi… twitter.com/i/web/status/1…

The owner of @oportun, a San Francisco-based alternative lender, has applied for a banking charter fintechfutures.com/2020/11/san-fr…