Voila! Wales-based start-up Viola Black wants to hit the right notes with the launch of its account and prepaid card.

The firm is clear about its status and says: “We are not a bank. Banks and bank accounts are not open to everyone. Viola Black is.” 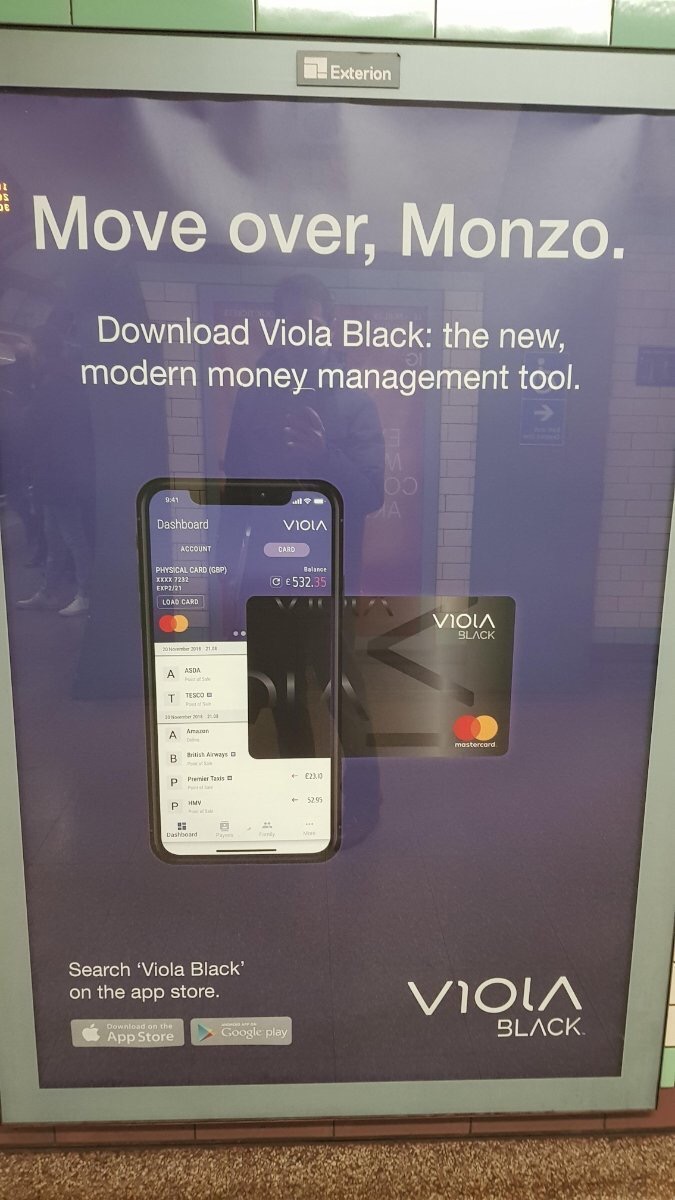 That said, its advertising campaign (see image) did say “Move over, Monzo”. So it’s looking to steal some of the UK challenger bank’s thunder.

According to the company, it will never link a user’s bank details with the Viola Black card.

It charges a monthly fee of £4 for using the account – “simply because we don’t want to be the kind of company that loses money and folds”.

It is part of the Viola Group, a privately held company that was first established in Vienna in 2012. Now it has offices in the UK, US, Dubai, and India, with planned expansion into Brazil, Canada, South Africa and Australia.

Also in the group is ViolaCard. This has a separate website and offers a prepaid debit card for money transfers, currencies, and money management. The card is issued by AF Payments.

Viola Group should not be confused with the Israel-based private equity firm of the same name. The latter was founded in 2000. As reported in December 2017, that Israeli group closed $100 million toward a target of $120-$150 million for its new global fintech fund.