Tencent-backed WeBank is looking to move into Australia, as it applies for several trademarks in the country for its Shenzhen headquarters. 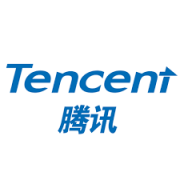 According to the Australian Financial Review, the Adelaide-based legal firm KHQ Lawyers is helping WeBank with these applications, which are mostly centred around lending. In China, the bank offers SME and personal finance.

WeBank is a digital entity which works through WeChat. It is valued at $21 billion, and its microloans range between $150 and $30,000. It reported a 2018 first-half net profit of $160 million last October.

The bank is 30% owned by Tencent, which allegedly is looking into Australia to compete with payments company Alipay, its largest rival.

WeBank’s digital model means it cuts costs by not having branch networks or all the staff that it takes to operate them.

In Australia, this is presenting a problem, as NAB – as an example – was looking to cut its workforce by 6,000.

According to its website, WeBank became China’s first digital bank in December 2014 upon receiving its licence. Along with Tencent, other backers include investment firms Baiyeyuan and Liye Group.

To find out what banks are hoping to disrupt the Australian market, take a look at our challenger list.