Standard Chartered is starting the second phase of its digital-only retail bank across Africa, and will focus on four key markets during the first quarter of 2019. 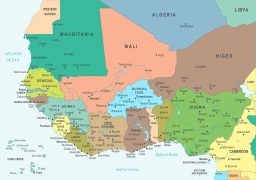 These are Uganda in January, Tanzania in February, and Ghana and Kenya to follow. This follows the launch of Standard Chartered’s first digital retail bank in Côte d’Ivoire (CDI) last year.

This second phase builds on the original CDI platform that onboards clients in under 15 minutes and provides 70 of the most common service requests. The updated digital bank provides services including QR code and P2P payments, loan and overdraft facilities, and instant fixed deposits.

The roll-out will also see the bank engage in local collaborations to provide clients offers across shopping, travel and dining.

Uganda’s central bank Governor, Prof. Emmanuel Mutebile says: “Institutions that fail to keep up might lose out and at the very worst be pushed out of business in the long run, however, this disruption to bank business models works in the interest of customers and the general populace.”

Africa’s banking market is the second-fastest-growing and second-most profitable globally, according to the bank. The retail banking sector is creating new business models which are emerging in response to low levels of banking penetration and heavy use of cash in the sub-Saharan continent.

In Uganda, Standard Chartered has also partnered with Ugandan entertainer and comedian Anne Kansiime to drive awareness of the new digital bank in the market.

In others news, yesterday (30 January), Standard Chartered was hit with a $40 million fine for attempting to rig transactions in foreign exchange markets between 2007 and 2013.