Sainsbury’s Bank is already looking for a new chief exec, following the announcement that its current one, Peter Griffiths, will step down next year. 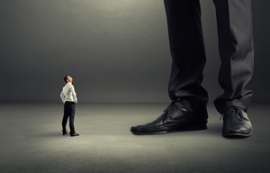 According to Sky News, Griffiths has been in this position since 2012, and 2020 will mark the end of his eight-year legacy.

The banking branch of the supermarket aims to diversify and grow its banking business, following the acquisition last year of the customer loyalty scheme Nectar.

The Competition and Markets Authority (CMA) still has to determine the conditions on the £15 billion merger with Asda, which is rumoured to lead to further store closures.

The company’s banking arm began trading in 1997 as a joint venture with the Bank of Scotland.

Last November, the bank reported an increase of 5% in customer on the previous year. Despite this, profits were down 53% to £16 million.

Griffiths worked in Natwest from 1977 to 2000, and served as chief executive of the Principality Building Society up until 2012.

David Fisher was the former CEO of Sainsbury’s Bank. He is now a non-executive director to the board of Amicus Finance, a UK financial services group.