Wealthtech firm FNZ has taken a 9% stake in UK-based Embark Group (a holding company for a range of financial services businesses in the long-term savings market), as it will be the sole participant of a small rights issue. 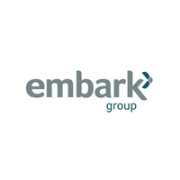 Embarking on a partnership extension?

The two firms are also extending their existing ten-year commercial partnership, which was signed in late 2013, for the platform technology and administration services for an extra five years (until 2028).

This investment is aimed at Embark’s business growth and does not carry any operational involvement, control, or oversight, according to the two companies.

“FNZ’s support has enabled us to put platform solutions behind large parts of the ‘robo’ and retail banking markets for pensions, whilst also facilitating our competitive disruption of the IFA wrap space,” says Phil Smith, group CEO of Embark. “As the group continues to grow, it is essential we have long-term certainty in our technology pricing, development cycle and execution support.”

The firms aim to provide multi-channel, retirement-centric wrap services in the UK as they believe it’s the best customer proposition in the foreseeable future.

Embark is one of the largest retirement savings providers in the UK. It has over £15 billion in assets under management and 140,000 consumer clients, and employs 500 people.