Fintech app Acorns has received a $105 million Series E funding round, which puts its valuation at $860 million, with NBC Universal and Comcast Ventures as leading investors. 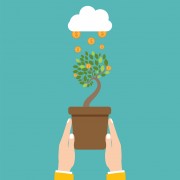 Fintech Acorns is growing with a rain of funding

The California-based start-up has several financial products, such as automatic investment of spare change from debit or credit card purchases.

Its automated retirement account service “Acorns Later” has hosted 350,000 investors who have invested $40 million to date, according to the company.

Acorns also releases educational content through its site “Grow”. The investment includes a partnership with Comcast-owned CNBC to produce original content with Acorns.