New York-based credit card firm Petal is back in the money with $30 million in Series B funding. 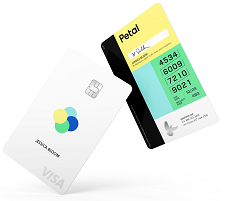 This is Petal’s second investment from Valar

This investment was led by Valar Ventures, a venture capital fund known for other clever investments, including N26, TransferWise and Stash.

This is Petal’s second investment from Valar, which was also the lead investor in its Series A funding round. Back in October 2018, Petal got $34 million in financing.

As part of this latest round, Greyhound Capital is joining as a new investor. The company’s existing ones also participated in this latest round; these include Third Prime Capital, Rosecliff Ventures, Story Ventures, RiverPark Ventures and Afore Capital.

Petal plans to offer credit, such as to users who have no credit score or prior experience with credit.

The first product, the Petal Visa card, was launched in October. The firm says its card has no overdraft fee, late fee, international fee, annual fee, or “any other kind of fee”.

To date, the company has raised more than $80 million in equity and debt financing from venture capitalists, financial institutions and investment banks.