Bloomberg has selected Apstra to implement its network technology in its European headquarters in London. 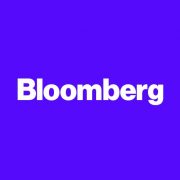 As FinTech Futures was told in a closed media briefing in London, the financial markets data company was looking for technology that allowed it to gain visibility across and more effectively manage the network supporting the building’s media production systems.

Bloomberg was looking for network infrastructure able to keep up with the high-performance and availability associated with the production live television and radio programming in the building.

The firm prioritised finding a multi-vendor production network and a simplified management with technology found only in data centres.

In London, FinTech Futures was told that Apstra’s technology is an “intent-based data centre”, which means that it’s automated and distributed. Although Bloomsberg’s HQ’s needs meant that its platform was not to be based on the cloud, the firm is able to design multi-cloud and cloud-hybrid versions.

Mansour Karam, CEO and founder of Apstra, stressed that holistic automation of all layers and systems was the core principle of it platform. This allowed for a self-operating platform that could execute self-healing, as well as predictive analysis through data telemetry.

The company reports operational expenses reduction and improvement in agility in clients that have implemented its tech.

Apstra helps Bloomberg validate the performance of the media production network in real-time through automation, providing “digital assistance” to its engineers who are tasked with monitoring, predicting and preventing disruptions.

“Apstra’s system gives us a single view into the entire media production network – regardless of our devices, switches, operating systems or vendors,” says Tony Lott, global head of capital projects for Bloomberg’s IT Infrastructure team.

He adds: “It has enabled us to gain the day-2 operational efficiency needed to manage and sustain the complex network infrastructure in our cutting-edge media production facility.”