A wave of cash for finance and insurance tech start-ups, and a robotic assistant goes dark. Boston bosses it in this US tech watch by Brian Dowling for Xconomy (FinTech Futures’ sister publication). 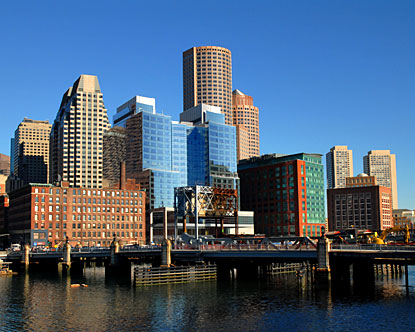 The former head of PayPal’s Boston office, David Chang, has been named CEO of Gradifi, a Boston-based employee benefits start-up offering student loan refinancing and college savings plans. Gradifi was bought by First Republic Bank two years ago for $32 million, according to a US Securities and Exchange Commission (SEC) filing. Chang takes over for former CEO Tim DeMello who left the business earlier this year.

Jibo, the Boston-based start-up behind the “social robot” assistant, has pulled its business licence in Massachusetts, the Boston Business Journal reported. The licence news follows Jibo’s move to lay off nearly all of its employees in June. It’s the latest indicator that the closely-watched start-up, which graced the cover of Time Magazine in 2017, is unlikely to execute a turnaround. At the time of the layoffs, a source told Xconomy additional funding for the company had failed to materialise.

Corvus, a Boston-based commercial insurance technology company, raised $10 million in a new funding round. Hudson Structured Capital Management and .406 Ventures led the round, with participation from Bain Capital Ventures, a previous investor. Corvus says it plans to expand its existing two products into other lines of commercial insurance. Corvus says it has raised a total of $14 million across two rounds of funding.

Insurance technology start-up Bindable says it has raised an undisclosed sum in a funding round led by Epic Holdings, Motive Partners, and Wafra. Bindable, headquartered in Boston, has developed a a digital platform for insurance sales and distribution.

Botkeeper, an automated business bookkeeping software start-up based in Boston, says it has raised $18 million in a new Series A round. Greycroft and Gradient Ventures, Google’s artificial intelligence (AI) focused fund, participated in the round, along with some of the Botkeeper’s previous investors. The investment brings the company’s total amount raised to $22.5 million, Botkeeper says.

Nuance Communications, a Massachusetts-based developer of voice recognition and conversational AI tools, says it is spinning off its automotive division into a separate publicly traded company by September 2019. Nuance says its systems are used in vehicles sold by many leading automakers, including Audi, BMW, Daimler, Fiat, Ford, GM, Hyundai, SAIC, and Toyota.