Protecting yourself from increasing cyberattacks 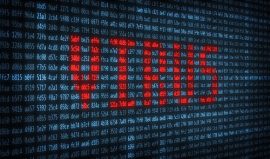 Whether you are a newcomer to the world of computers (is that possible at this point?) or a longtime enthusiast, the threat of cyberattacks is very real, and bigger than ever. Over time we tend to get complacent in our own security, content in the fact that if we see no issue then none must exist. Cybersecurity is rarely so obvious, however, and threats can often lie working or dormant just below the surface.

These issues can affect everyone. Sure, the uninitiated might be the openly visible targets, but it should be noted that those who use computers for more advanced tasks are also prime targets, like cryptocurrency traders open to what are called 51% attacks. Targets here are not just selected for ease of access, but also for the potential payoff of a successful attack.

So what basic steps should we take to protect ourselves from harm? Here we go over a few of the most crucial.

The most obvious and necessary tool is that which enables basic malware protection. As an umbrella term which covers a vast range of harmful tools like keyloggers and trojan horses, malware is a constant threat which has only grown in scope. Part of this is due to the ubiquity of tech devices in our daily lives, but it also owes considerable thanks to how simple modern programmes have enabled cyberattacks to become on the unprotected.

Luckily enough, there is a wide range of free malware prevention tools freely available for personal use. These include noted and well-respected entries like AVG Antivirus and Malwarebytes, both of which are incredibly helpful in detecting and preventing unauthorised access.

Another important factor to keep in mind, especially when it comes to teaching the uninitiated, are the risks associated with certain file-types and installs. Firstly, let’s look at email attachments. 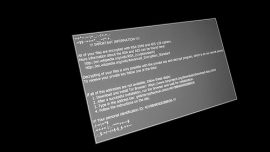 You shouldn’t accept email from people you don’t know, this is a good start. Just as important is keeping in mind that it is possible for friends or family member’s computers to send attacks without their knowledge. Keep an eye out for unusual language, and never open any executable files. These are files which tend to end with .exe, .bat, or .jar. Files like these can directly install malware, and often target those who hackers suspect keep valuable personal or financial information about.

The last big step, and one which we have often seen become the downfall of family computers, are the programs which piggyback on the installs of actually helpful programmes. When installing a new programme keep an eye out for buttons which enable “expert” or “custom” installs. These often reveal other programmes such as toolbars or adware which like to hide in install packages. These are often missed by those unaware or in a rush and have been the downfall of many computers dealt with in our capacities as designated family tech-support.

So there you have it, a few of the most important key tips to help protect your computer from the most common dangers of cyber criminals. It can be best to print these out for the more forgetful, as a single slip up is all it can take to incur a hefty repair bill, or something much worse. Stay diligent, keep updated, and safe surfing.