Goldex raises over £1m in pre-Series A rush

Goldex, the trading app for gold investments, has raised over £1 million in a pre-Series A round led by a group of angel and institutional investors in the financial, payment and technology sectors. 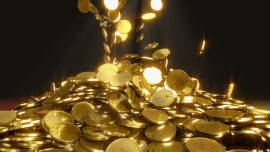 The investment will be used for expansion into unspecified regions and to enhance its app, launched in July this year.

Amongst those participating in the round are Prepaid Financial Services, a European payment card issuer; Gaël de Boissard, former executive board member of Credit Suisse; Richard Balarkas, former president and CEO of Instinet and current NED at CBOE Europe and Saxo Capital Markets; Craig James, founder and CEO of Neopay and chairman of the board of the Prepaid International Forum, the industry body representing e-money and payment service companies.

The firm, which is available in the UK, says it has seen an uptake by both traditional investors and younger digitally-savvy customers.

Goldex’s “smart trading” technology claims to be able to discover the best price among the offers on the platform. It says that the firm doesn’t hold any gold itself, removing any conflict of interest.

Carrasco says its app gives retail investors the “upper hand in obtaining the best gold prices, which together with the imminent launch of the Goldex MasterCard, allows investors to spend gold like any other currency”.

She concludes: “We are already in conversations towards our Series A round early next year.”