Following the acquisition of the Bank of Cyprus UK branch by Cynergy Capital, the newly renamed Cynergy Bank has gone live today (3 December) with its rebrand. 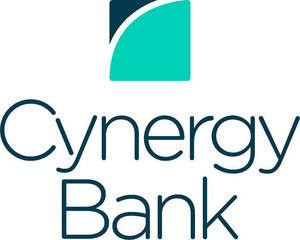 The deal, announced back in July, was closed at a value of £103 million, and was followed by a cooperation agreement around certain banking areas.

The sale was fully completed “a couple of weeks ago”, according to a spokesperson, as it passed regulators from both groups.

This move was carried through to allow the Cypriot bank to focus on its national operations.

Bal Sohal, director of Cynergy, said back in July: “We have been actively looking to invest in the UK banking sector, where we see significant opportunities for growth and to better address the needs of small businesses in the UK, including those of the Cypriot community. We plan to support the existing management team to deliver on the strategy it has for the bank and are committed to investing further capital to develop the business in the coming years.”

Cynergy has assumed all aspects of Bank of Cyprus UK including banking business, all assets and liabilities.

Accounts, agreements and contracts remain unchanged, as well as day to day activities.

The bank’s CEO is Nick Fahy, who was previously with Westpac and Bank of Ireland.

Bank of Cyprus is a long-standing user of Equation and Midas from Finastra (formerly Misys) for core processing, Fiserv (formerly Dovetail) for payments and DPR Consulting for front-end operations, to FinTech Futures‘ knowledge. Cynergy Bank is now understood to be looking at a number of systems to potentially replace the legacy software.

FinTech Futures contacted Cynergy Bank about its tech, and the spokesperson told us there will be further details in the new year.