Brexit is real. What now for finance companies? 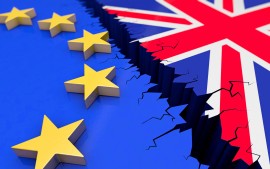 Brexit is real. What now for finance companies?

Deadlines have a way of focusing the mind, and that’s certainly the case with Brexit. By Friday, 29 March 2019 – less than four months from today – the UK will leave the European Union (EU), for better or worse. What once had been a distant possibility now looms as a concrete reality for millions.

Many expected some form of political negotiation to smooth the way, but that possibility is quickly receding. The onset of Brexit without a deal is now very real. The lack of planning has created a ripple of worry among US companies based in the UK Increasingly, US firms are unsure how to service their customers in the EU, often their largest market outside the US.

Clearly, any financial institution with a global presence and a UK operation must address the Brexit question soon. Part of that is simply regulatory: as it stands, financial services firms operating in the UK are regulated by the Financial Conduct Authority (FCA). After Brexit, they will need a new jurisdiction with access to the EU. Waiting is no longer realistic. Many companies are pulling the trigger now on their Brexit strategies.

One big driver is tariffs and the lack of detail stemming from the absence of a deal. After 29 March 2019, US tech companies selling into Europe from the UK will not know what tariffs they have to pay. The uncertainty is costly.

If you look closely at the UK proposals that exist, there’s no mention of services, for instance. Software-as-a-Service (SaaS) platforms are essentially service offerings. Yet there’s no provision for such services post-Brexit.

What happens to tariffs on services? Nobody knows. World Trade Organisation (WTO) tariffs are the fallback position, and those can go from the low single digits all the way up to 70% on some services. There’s a huge amount of uncertainty. Consider that services represent 70% to 80% of the UK economy. Depending on the tariffs, WTO rules could wipe out margins in a flash.

Financial services have had to move fast. Right now in Ireland, for instance, we have a pipeline of over 100 multinationals seeking Ireland as their regulated location to “passport” services into Europe. That’s because Ireland is the closest and best-situated jurisdiction for asset managers, banks, and payment companies – a nearby, English-speaking alternative that will remain in the EU after Brexit. Companies are growing their operations in Ireland, too, thanks to the high-tech ecosystem that developed in Ireland over the last four decades.

You see this clearly in the biggest trend in finance globally – the emergence of fintech. US fintech and payments firms such as Stripe, Yapstone, Square, PayPal and many more already have set up shop in Ireland as a jumping off point to the EU. A number of global companies – including MasterCard, Citibank, and Aon – are working in Ireland on high-tech projects that will impact how people do day-to-day business. It’s an exciting time.

Ireland is represented today by more than 400 financial services companies. Many are investment management companies which already have a presence in Ireland or chose Ireland to domicile funds. While it is a solid location for firms seeking to build a technology footprint, first and foremost it’s talent they seek.

The big challenge for any company is accessing the top talent pool. We offer the youngest and one of the most diverse populations in Europe, a strong, sophisticated talent base and a 12.5% corporate tax rate. As fintech has fostered the convergence of finance and tech, Ireland has been right there, supporting that important finance trend.

Brexit will trigger a lot. It has forced companies to make a decision that they probably thought they would never have to make – where to go once the UK breaks away from Europe. Frankly, the time to act is now. 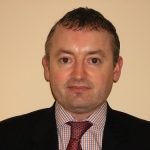 IDA Ireland is the agency responsible for the attraction and development of foreign direct investment in Ireland.

Gaskin is responsible for working with US financial services companies on the West Coast to help them establish and develop an international presence in Ireland.