UniCredit is nearing the launch of a new customer engagement tool based on Meniga’s tech, the bank announced at Meniga’s FIN42 conference in Iceland. 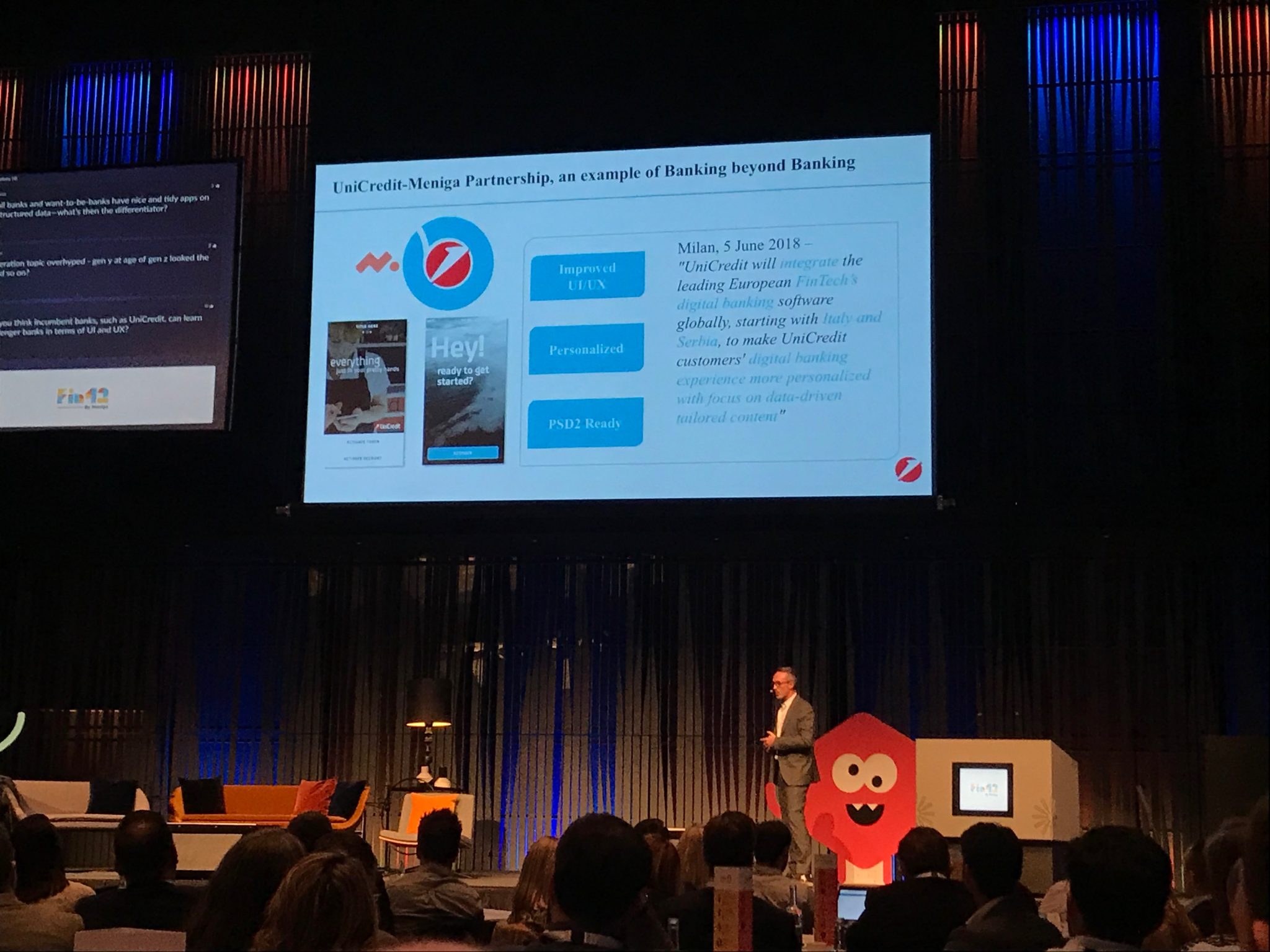 Pierre Yves-Guegan, head of digital banking for Central and Eastern Europe retail division at UniCredit, said the prototype has now been built and will go live in two months in Serbia.

The bank first engaged with Meniga last year. Earlier this year, it has taken a minority stake in the Icelandic fintech company with a €3.1 million investment.

The plan is to integrate Meniga’s white-label software globally, starting with Serbia and then Italy.

With the new tech, Meniga says: “UniCredit will be able to offer their customers a consolidated view of all their cards and account transactions and functionality such as advanced search, financial planning, alerts as well as targeted advice based on spending profiles.”

The project with Meniga is a brand new development, created from scratch, Yves-Guegan said, aimed to redesign the way UniCredit engages and communicates with its clients.

There is a storm brewing in the banking industry, he noted in his presentation, but with the right preparation “every storm can be weathered”. The bank is investing €2.5 billion in its transformation, he says, including in instant payments and the emerging technologies such as blockchain. A large chunk of that sum is going towards regulation-related projects, but there is still over €1 billion left to invest, Yves-Guegan he says.

“Technology itself is not enough,” he emphasises. “We need to change how we speak to customers, our tone of voice.”

“Think what matters to your clients, not to you,” he advised to the FIN42 delegate bankers. “And don’t compete just on functionality – today we might have the app with the most features, but tomorrow this might be another bank,” he warned.

“Banking remains business that is people oriented,” he stated.

In other recent news, Meniga received a €3 million investment from Íslandsbanki, and Three UK and Meniga teamed up for the Wuntu Money app.