UK bank TSB is aiming for a change of fortunes with the appointment of new CEO Debbie Crosbie. 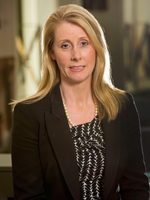 Crosbie will join from CYBG, where she is currently group chief operating officer and executive director. She has worked at CYBG for over twenty years.

She will join TSB in 2019, and a confirmed start date will be announced in “due course”. The appointment is subject to regulatory approval. Meanwhile Richard Meddings will continue in his role as executive chairman, before returning to his previous position as non-executive chairman on her arrival at TSB.

As reported in September, the former CEO Paul Pester stepped down as the company continued to face online banking problems.

At that time, Pester said the last few months had been “challenging for everyone at TSB”. The bank had been struggling with banking issues for a while.

The famous/infamous IT crash in April hit TSB hard in its results for the six months to 30 June 2018 – with a loss before tax of £107.4 million.

But that disastrous April migration – from outsourced legacy tech (provided by Lloyds Banking Group) to its own new platform – left some issues that never really went away. There were banking problems in June, July, August and September. TSB has five million customers and 550 branches across the UK.

With Crosbie coming to the bank, TSB will seek a much brighter and stable world.

Meddings says: “In an impressive field of candidates, Debbie stood out. With over two decades of experience, superb retail and SME banking expertise, and a genuinely open and engaging style of leadership, we have found an outstanding new CEO.”

He adds: “Debbie’s appointment is another step forward against the three priorities we set out in September, namely: completing the work of putting things right for customers; achieving full functionality across all TSB products and services; and appointing the right CEO for the next chapter of TSB.”

Crosbie says: “I’ve known and admired TSB for many years and I have huge respect for the values on which TSB has been built. A lot of banks talk about creating the right culture, but TSB has it.”