Seven months after Simple’s CEO and co-founder Josh Reich announced plans to leave, the digital bank, which is owned by BBVA, appointed David Hijirida, a former executive at Amazon, to take the reigns of the nine year old bank start-up, reports Julie Muhn at Finovate. 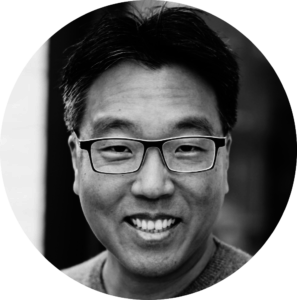 Hijirida is replacing Dickson Chu who was temporarily working as the interim CEO of the bank. Chu will remain executive chairman of Simple’s board of firectors.

“We worked hard to find a leader for Simple with the right and rare combination of financial services knowledge, a track record of delivering great products, and a work ethic that aligns with our values,” says Chu. “David possesses a wealth of leadership experience and knowledge, bridging the banking industry and technology product world.”

Hijirida worked at Amazon for almost 12 years, first building the online retailer giant’s global payments business, then transitioning as the director of Amazon Web Services (AWS) and finally serving as the company’s director of advertising.

But while his background is focused on big tech, he also has experience at Washington Mutual (before its collapse) and FleetBoston (which was later acquired by Bank of America).

Simple was founded in 2009 and launched two years later under the name BankSimple. In 2014, BBVA purchased Simple for $117 million. Since then, things have been a bit bumpy but not quite turbulent – all three Simple co-founders have left and last year the company laid off 10% of its staff.

Though it is owned by a large bank, Oregon-based Simple puts forth a lot of effort to differentiate itself from the mega banks. In September, the bank announced it will pay 2.2% interest on savings accounts with balances of more than $2,000. Compared to the national average APY of 0.6%, this promotion certainly stands out.

The effort aims to boost the bank’s customer base and it’s working – I’ve reactivated my previously dormant account and coerced my husband into joining.