US-based Silvergate Bank has transformed itself in recent years from a typical business bank to one of the financial institutions of choice for digital currency companies, reports Sarah de Crescenzo for Xconomy (FinTech Futures’ sister publication). 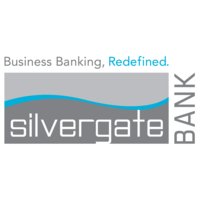 It has set a $50 million price target

Now the cryptocurrency-friendly bank, which is headquartered in La Jolla, California, is preparing to go public. It has set a $50 million price target, according to documents filed with securities regulators.

The bank has applied for a New York Stock Exchange listing under the stock symbol “SI”. Silvergate didn’t provide much detail on how it planned to use the proceeds, saying simply that the money would go to fund “organic growth and for general corporate purposes”. That could include paying off long-term debt and making acquisitions, the bank says, but also notes that it doesn’t have any current acquisition plans.

Curiosity about the new technologies on the part of Silvergate CEO Alan Lane, dating back to 2013, led to the bank’s eventual move into the risky world of cryptocurrency. (Digital currencies, such as Bitcoin and Ethereum, have experienced wild swings in value.)

Lane, anticipating the nascent industry’s need for financial services, spotted a business opportunity. Silvergate signed its first cryptocurrency client in 2014, New York-based holding company Digital Currency Group (DCG). DCG, which invests in Bitcoin and blockchain start-ups and owns a news site, was among a number of investors that earlier this year invested in a private stock placement conducted by Silvergate that netted more than $100 million.

As of 30 September, Silvergate had 483 digital currency customers, which had $1.7 billion in non-interest bearing deposits with the bank. A year ago, it had 114 such customers and about $609 million in such deposits. The bank reported net income of $14.3 million as of 30 September. At the same time last year, it reported $5.7 million.

“Our ability to address these market dynamics over the past five years has provided us with a first-mover advantage within the digital currency industry that is the cornerstone of our leadership position today,” Silvergate said in its prospectus.

The bank this year rolled out a proprietary network that facilitates 24/7, “virtually instant” movement of US dollars between digital currency exchanges and investors. Comparatively, wire transfers, and other electronic funds transfers, can take hours, or even days.

As it has attracted additional cryptocurrency clients, Silvergate’s financial picture has shifted away from that of a traditional financial institution, which generally focus on loan generation. Instead it focuses on non-interest bearing deposits, most of which are associated with its digital currency clients. It puts the deposits into interest-earning accounts at other banks, invests it and lends it.

Most banks and financial institutions have kept cryptocurrencies and blockchain, the digital ledger on which digital currencies are stored, at arm’s length. However, a few have dabbled in related products and services.

Boston-based financial services giant Fidelity is among those experimenting with the new technologies. In September, Fidelity CEO Abigail Johnson, speaking at an event held at the financial institution’s headquarters during Boston Fintech Week conference, said the company had a team working on projects related to blockchain and cryptocurrency, but didn’t provide much detail.

New York-based Goldman Sachs announced it would open a trading desk for cryptocurrencies, but later reportedly scrapped the plan.