NAB to migrate 35% of IT portfolio to cloud

NAB is aiming to migrate 35% of its IT application portfolio to the cloud within the next three to five years, according to the bank’s latest full year results. 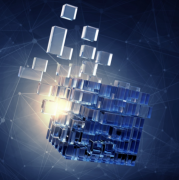 NAB to migrate 35% of IT portfolio to cloud

This comes following a year in which the bank has touted a digital banking revamp that would take it to drop around 6,000 jobs. However, 2,000 new jobs would be created to maintain and develop the new digital tech implementations.

In the report, the bank also shows a cash profit drop 14.2% to $5.7 billion – this is mostly due to the bank giving money back to customers in the wake of Banking Royal Commission and the aforementioned job cuts.

NAB is also hoping to shut down 15-20% of its IT applications.

So far, the bank has managed to put 70 production applications into the cloud, around 3% (58 application) were transitioned during 2018, “including 30 in the last 50 days”. It seems the bank is really moving it to a higher gear recently.

In addition, 5% of all IT applications, or 120 in total, have been culled. It is estimated the bank has around 2,400 IT applications in its portfolio.

It is AWS and Microsoft Azure who are now competing to carry the burden of NAB’s apps on their clouds.