German challenger bank N26 seems to be about to launch its chatbot in in two more languages besides English, as well as features beyond information sharing, through its collaboration with Rasa, the open source chatbot. 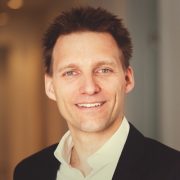 N26’s chatbot is already live in English in both Facebook and Salesforce.

The bank’s COO, Martin Schilling, says in a LinkedIn post: “We know of a bank which has deployed 200 developers for two years to get a chat bot live. It took an N26 team of ten colleagues five months to get our chatbot live in English.”

N26 recently entered the UK market with its beta launch.