Fraugster, a Berlin-based anti-fraud firm, has raised $14 million in a Series B funding round led by CommerzVentures, the venture capital subsidiary of Commerzbank. 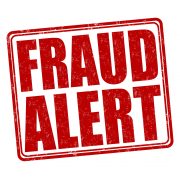 Munich Re is insuring Fraugster’s Fraud Free product which takes over the full liability for each transaction to ensure the retailer will never lose out.

Fraugster will use the funds to continue its expansion into new markets, including the US, Asia and Europe, where it sees a trend whereby retailers are facing an accelerating battle against fraud.

According to Fraugster, online merchants lose more than $30 billion to fraudulent transactions every year – roughly 1.5% of their revenue.

Fraugster technology takes data from multiple sources, analyses and cross-checks to determine whether a transaction is fraudulent or not. For every transaction, Fraugster raises around 2,500 data points.

According to the firm, false positives also cost the industry over $493 billion in 2017. For every dollar lost to fraud, $17 is lost through transactions that are wrongly turned down, leading to lower revenues for the merchant.

Fraugster was founded in 2014 by Max Laemmle, CEO, who previously co-founded the payment gateway company Better Payment, and Chen Zamir, CTO, who spent more than a decade in analytics and risk management roles including five years at PayPal.