Germany-based bank Fidor seems to be looking to divorce from French banking group BPCE, according to Chris Skinner’s blog. 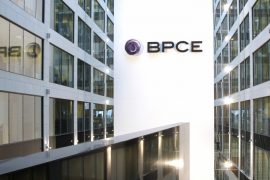 The German bank is famous for its digital offerings, such as a better interest rate based upon Facebook likes, and storing World of Warcraft gold or cryptocurrencies.

However, BPCE’s chief digital officer, Yves Tyrode who joined the bank in October 2016 from a non-banking background and have inherited the deal, struggled to sell the idea to the provincial bankers (bearing in mind that BPCE is formed of many small regional banks).

Francois Perol, group CEO of BPCE, said that, following the acquisition, Fidor was to be set up in France first. To date, Fidor’s activities in France are non-existent.

According to Fidor’s founder, Matthias Kroener: “I think we had two good years. To now fully enable a maximum value creation out of Fidor’s potential I think it is a respectable resolution to go for a modified shareholder set up.”

The German-French clash of cultures, and the issues between a new fintech start-up and an old, risk-averse bank, seem to have also contributed to the fallout.

On top of this, French media reported that there was a romantic affair taking place between two C-level members who took part in the signing of the deal, which gave way for political in-fighting. The leak to the media just made the mess even bigger.

That being said, the consumer banking business has increased threefold and business banking fourfold over the past two years. The balance sheet has been totally cleaned up for Fidor, thanks to the support of Paris, making a balance sheet of around €1.5 billion.

With the support of Clipperton and Messier Marais, Fidor and BPCE are reportedly now preparing for their separation. Ernst & Young is doing the due diligence and spring of next year should see the complete split between the two firms.

FinTech Futures has contacted Fidor and BPCE for more details and is waiting for replies.