The UK Financial Conduct Authority’s  (FCA) Cryptocurrency Taskforce may severely limit how cryptocurrencies are exchanged to and among consumers, following its concern about their volatility. 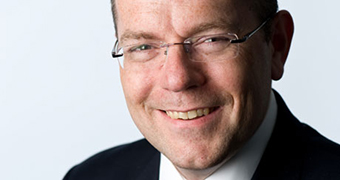 In a speech by Christopher Woolard, executive director of strategy and competition at the FCA, delivered at The Regulation of Cryptocurrencies event, London, he said the FCA “is concerned that retail consumers are being sold complex, volatile and often leveraged derivatives products based on exchange tokens with underlying market integrity issues”.

Woolard adds: “The FCA will also consult on a prohibition of the sale to retail consumers of derivatives referencing certain types of cryptoassets (for example, exchange tokens), including contracts-for-difference, options, futures and transferable securities.”

The taskforce has concluded that there are three major harms associated with cryptoassets.

The first harm is to consumers, who may buy unsuitable products, face large losses, be exposed to fraudulent activity, struggle to access market services, or be exposed to the failings of service providers, such as exchanges.

And lastly, the risk of financial crime, where cryptoassets have been used as part of illicit activity such as money laundering and fraud.

To mitigate and assess these risks the FCA says it will also consult on perimeter guidance on regulation in relation to cryptoassets by the end of 2018 to help firms better understand its current boundaries.

To combat financial crime risks, the Treasury will apply and go further than the existing directive, the fifth EU Anti-Money Laundering Directive (5AMLD).

Finally, the Taskforce has also concluded that exchange tokens present new challenges to traditional forms of financial regulation, so it will study how it could implement regulation to address the risks posed by exchange tokens.

He adds: “However, we also recognise the limits of domestic action on this global, cross-border issue. We will, therefore, also seek to work collaboratively with international counterparts, including standard-setters and other national jurisdictions.”