Transport for London ruins our day with fintech start-up launch

It’s hard to imagine life in the UK’s capital getting any worse but Transport for London (TfL) has heaped more misery on the population by entering our fintech space in suitably mediocre fashion.

Not content with running a train system in the worst possible manner, striking constantly, and generally behaving like prats – TfL has launched its own start-up, called Total Failures Limited. It “promises” (yeah, right) to “shake up the payments space”. Ruin it more like. 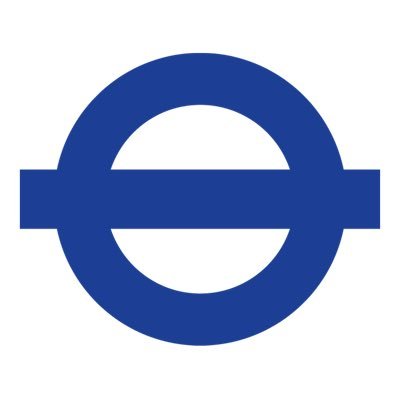 Just looking at this logo winds people up

The media were invited to the official launch at a crappy hotel in central London. You probably know the type – pompous staff; an establishment living off former glories; and a place that was last cleaned properly during the reign of Queen Victoria.

As is quite common with media invites in fintech, the details in the email were slightly wrong. Just enough mistakes to sow seeds of doubts in the minds of journalists trying to find the place. The postcode, street, and spelling of the hotel name had various sloppy mistakes. Researching a story is fine, but it doesn’t need to extend to every single activity in this industry.

Harold Altarbuyer, senior reporter at the fortnightly and rather forthright Just Gimme the Fintech Freebies and Get Outta My Face, describes the launch: “Just getting to the event was a drama – aka a normal day in this wonderful city. The journey is meant to be 30 minutes. I factored in two hours in case of any problems. The Piccadilly Line was hellish as usual and slower than the thought processes of a P.E. teacher.

“At one point the train stopped in-between stations. The lights went off and we were stuck in darkness for ten minutes like some pathetic ghost train ride at a funfair.

“After leaving the station, finding the street, wading through piles of litter, dodging discarded syringes, and stepping over the blood-soaked corpses of two stab victims; I finally located the ironically named Hotel Halcyon.

With Altarbuyer lost in an epic rant it was over to another journalist who had arrived on time. And for those who were late. Wow! What planet are you on? You’ve lived in London long enough. You must know how unreliable everything is. Jeez. Get a life. Or at least an alarm clock.

Davinia Dragonsdirge, editor at the rock music-loving Fintech Bloody Fintech, “I want everyone reading this on their seats. Put your hands together and let’s rock! Yeah, well the launch was kinda lame and uncool. Some scruffy TfL worker appeared on stage – late obviously. His laptop for the PowerPoint presentation didn’t work. In his awful nasally accent he said that always happens. Perhaps a smart idea would be to get it fixed so it doesn’t happen again.

“Myself and the other journalists thought the firm itself wasn’t such a bad idea. Nothing special but OK. TfL told us the company improves the Oyster app and offers the usual benefits in the payments space. The app didn’t work at the demo – so we’ll have to trust TfL’s word. Have they ever let us down before?”

It’s a reasonable question from Dragonsdirge to end on. Over to you TfL and Total Failures Limited – show us what you’ve got!