The American dream is alive and well as Teradata has secured a major deal with a US bank and explained its desires for more fintech action. 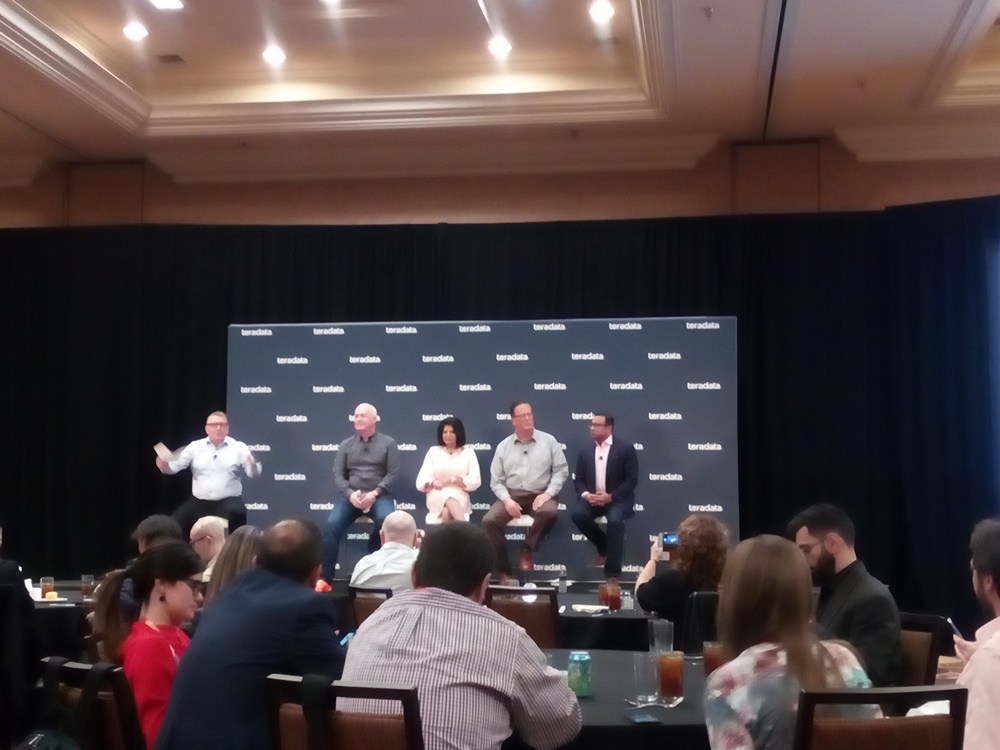 On day two (15 October) of the Teradata Analytics Universe 2018 (14-18 October) event in Las Vegas, FinTech Futures learned a few things, but pressed for details in a media briefing and chatted with a consultant.

In our first report, the company unveiled a new logo and theme – “rise above” – meaning to rise above the complexity and chaos of analytics.

The event at the Mandalay Bay Hotel is a massive affair – over 3,000 attendees from 50 countries; and long walks between sessions.

Valley of the anonymous

In a media briefing, Oliver Ratzesberger, Teradata’s COO, was joined by four colleagues to update the assembled journalists on the firm’s new positioning.

He was keen to stay on the “rise above” theme as he reckons the complexity of data is killing business.

Ratzesberger says Teradata has secured a “multi-year commitment” with a top ten US bank using its Vantage product. The firm has replaced the infrastructure and migrated it to a new solution. 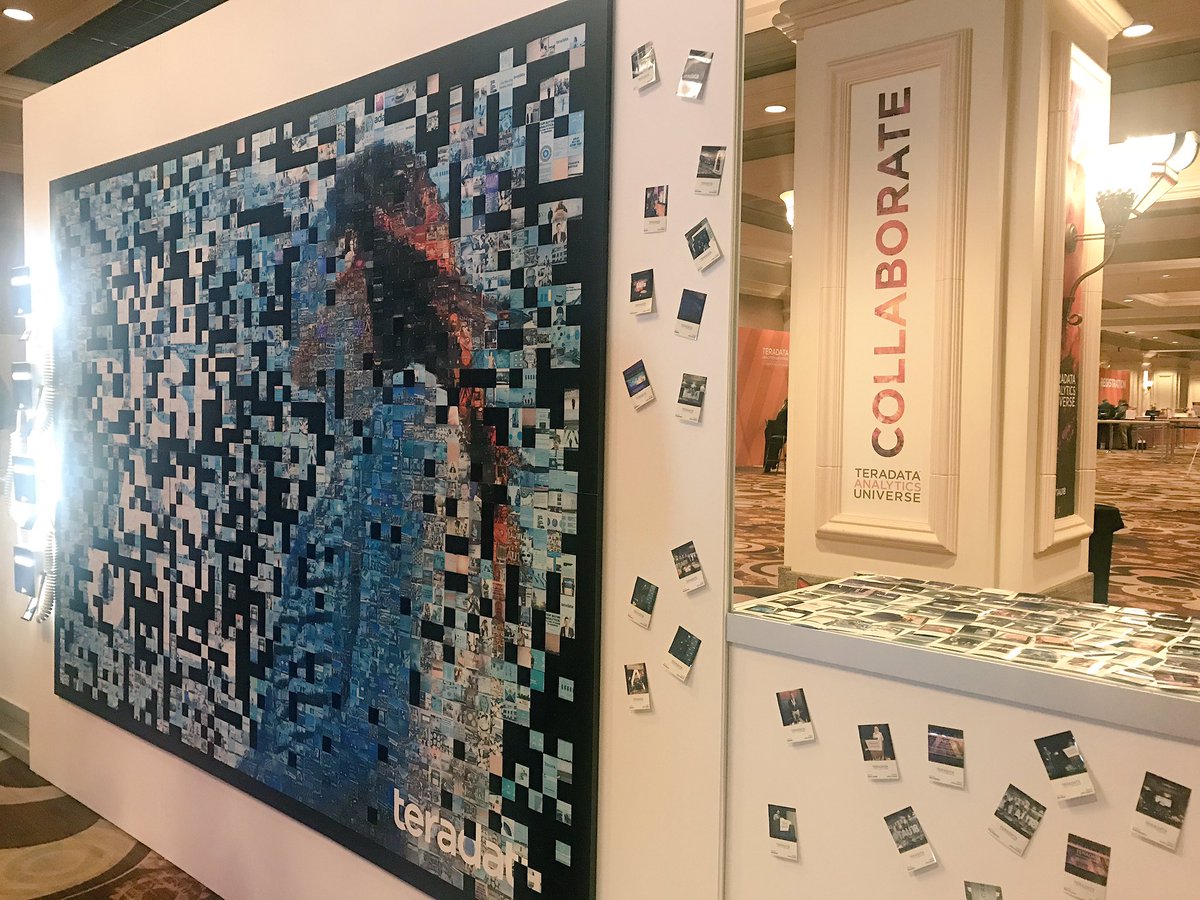 He adds that Teradata is getting a lot of interest from finance and fintech as they are being “squeezed by regulations”. In his view, they are looking for better risk management and have most of the data siloes compared to other sectors.

I did ask if the name of bank would be made public later but that won’t be happening. Ratzesberger did explain that the bank is based in Silicon Valley.

Because Teradata offers its services across a variety of industries – such as aviation, manufacturing, travel and transportation – I was keen to understand how much of it is devoted to financial services. Sadly that is another mystery as the company doesn’t break down its figures in that manner.

Chris Twogood, SVP global marketing at Teradata, who was also at the briefing, believes that the deal with Danske Bank last year helped close the deal with this top ten US bank.

As Ratzesberger mentioned above, it wants more action in fintech. In an interesting interview with Cristiano Motto, Teradata’s senior industry advisor for financial services, we talked about challenger banks, mistakes and unfortunately too much to mention.

Motto was employed a year ago but has a lot of experience in the fintech space. He worked nine years at Barclays, and spent time at Unicredit and SIA. He is also co-founder and VP at AssoFintech in Italy, and a senior advisor at Fintastico. His appointment demonstrates Teradata’s resolve to capture more of the financial services sector. 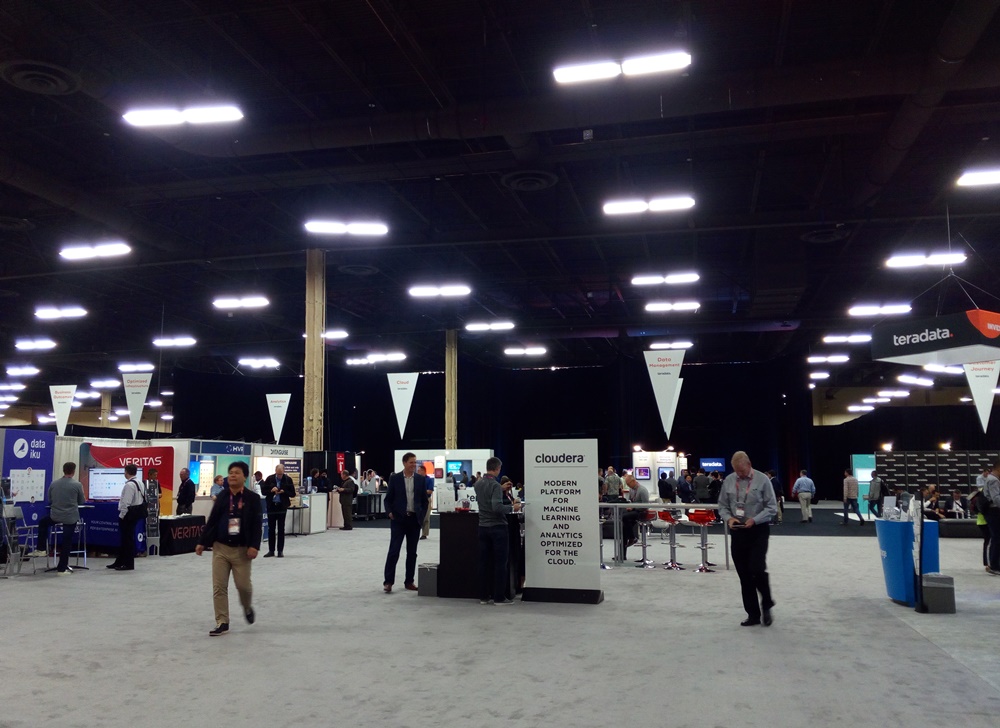 At present, Motto says Teradata works with 17 of the top 20 banks. Names include Danske, Wells Fargo and China Citic Bank. I did meet the latter for a brief interview, but nothing notable came up.

Motto says the company is looking for customers in the challenger bank space but recognises that “we need to show what we can do”. Let’s not forget one of its rivals is the formidable IBM.

He has already met Fidor at a Singapore conference and believes “Bank-as-a-Platform” is the way to go. Motto has also spoken with Sberbank and Visa – so it will be good to hear if Teradata makes some deals with these three later.

For the bigger banks to stay ahead, he believes they need to move from batch to real-time analytics, for example with fraud detection. This is where Teradata can come in and help – and he reckons it can help with non-performing loans.

As an advisor, Motto was very happy to share a lot of views – such as banks must start selling services not products; and that challenger banks will find it hard to scale and will make the same mistakes the bigger banks. There will come a point when the funding dries up and a wave of exits may see a lot of challengers disappear. He’s not seeing them make enough profit yet.

I did put it to him that people can learn from others’ mistakes, but while Motto seemed impressed by German challenger N26, Tandem or Monzo, the challengers are still human.

The idea is to let users access and analyse all their data without having to learn a new tool or language, or “worry about where data is located”. This access is “bolstered” by Vantage’s integration with third-party tools and analytic languages,

Teradata also provides more than 180 prebuilt analytic functions to analyse and visualise multi-structured data. Business use cases include path to purchase and fraud.