It can’t be all work at Sibos, Henry Vilar, reporter at FinTech Futures, offers an entertainment guide to Sydney.

Welcome to Sydney, the busiest and most cosmopolitan city in the last continent. You most likely have reluctantly travelled over a day to get here to listen to execs yabber about stuff you can barely grasp – and you’re pretty sure they’re as clueless as you are. 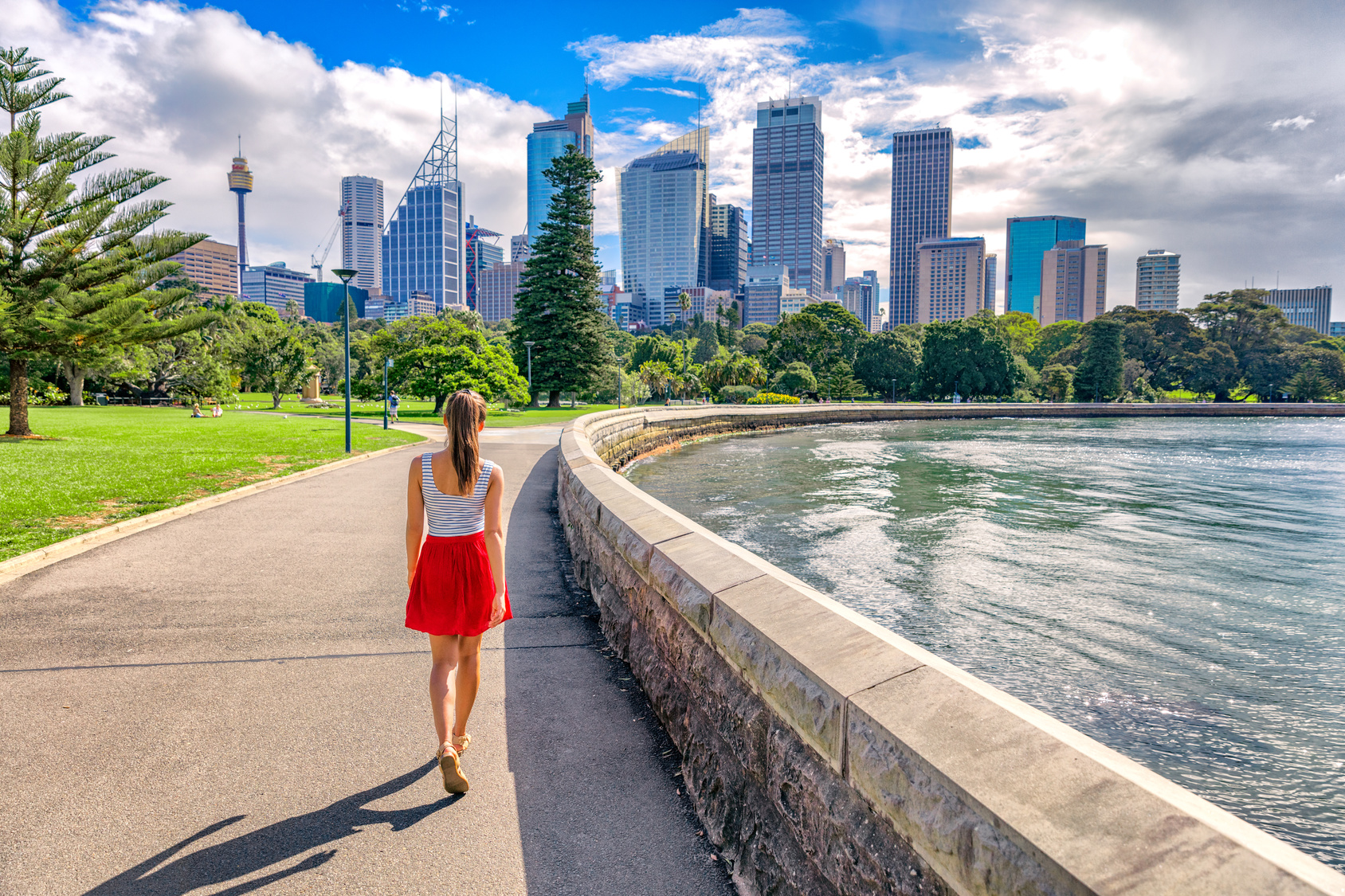 But since you’re here, you better make the most of the Big Smoke. Here’s a quick guide around the city and nearby hot spots. Get your Instagram filters ready and don’t get too wrapped up in meetings, because our featured guide is DNS’ own Jon, a Sydney-born travel expert more reliable than TimeOut, who “doesn’t favour the pay, but the good”.

Sydney has got much more than the Opera House – the one that looks like an echidna. Or an Australian hedgehog. If you want to take a closer look at this architectural beauty, there’s a backstage tour that you can take. During the times of Sibos, you’ll be able to buy tickets for Dario Fo’s “Accidental Death of an Anarchist”; the Argentina-set musical “Evita”; dance performance “The Tap Pack”; and Shakespeare’s political thriller “Julius Caesar”. If you’re feeling boozy, the Opera Bar is a great place to drink with a view. If it’s theatre that you’re interested in, there are a few of them near the big Opera House that you can also consider, like Roslyn Packer Theatre and Bangarra Dance Theatre.

The Art Gallery of New South Wales is probably the best spot for the artsy crowd. Or even the historical one, as the Yiribana Gallery includes the best anthropological lesson in aboriginal art you can probably find in the city. However, there is plenty of Occidental art, both from Australia and Europe. If pleasant is what you’re after, crown your visit to the museum with a stroll up and down the neighbouring Botanical Gardens.

If you’re a foodie, DNS’ in-house food connoisseur and Sydney indigene Jon recommends Harry’s Café de Wheels, an iconic pie cart located in Woolloomooloo. “A Sydney institution since the 1930’s, a must visit for a true Aussie pie and sauce,” he says. The brand its best-known for its “Tiger pies”, but hot dogs are just as good of an option.

Another memorable place is Doyles, more specifically, Doyles on the Wharf, located in Watsons Bay. This hidden gem is located by the beach, just at the edge of the city, and offers a great fish and chips and a gorgeous panoramic of the sea and the city. Apparently, a swim is not ideal, as shark-infested waters are just around the corner. Dive in at your own peril.

For top of the range, The Quay is the place to go. Elegant with great food – although not perhaps within reach for everybody’s pockets. But hey, I’m sure if you get your boss drunk enough he’ll pick up the bill.

There are plenty of drinking and partying spots throughout Sydney. It is particularly well-known for its speakeasy bars, and they’re all around Clarence Street. You’ve got, to name a few, Baxter’s, Barber Shop, and Grandma’s.

Darlinghurst and Surry Hills also have a plentiful supply of bars, which start to get busier and busier the hotter the night is, as outdoors terraces make it a perfect spot to people-watch. The Glenmore, a rooftop bar, would also be a high point – no pun intended. Very cliché, busy and touristy, but “pretty nice” if you get there early enough. 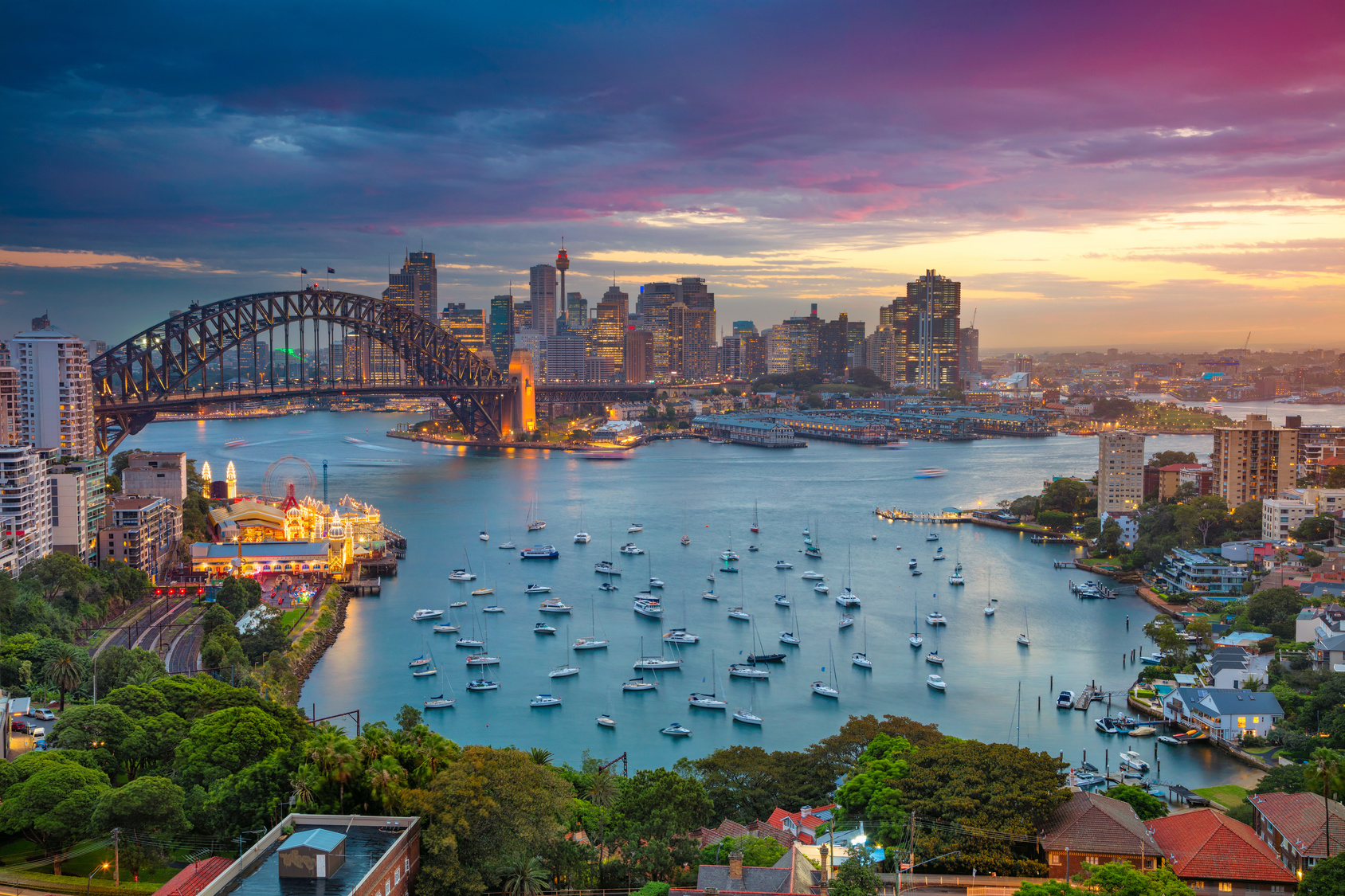 The Argyle, in the Rocks, was recommended with certain hesitation. Apparently, it is fairly quirky, more suitable for those looking for something a bit edgier. However, it’s not as hipster-y as New Town, and there’s always something going on. Include the Grounds of Alexandria in that one – the younger crowd digs it, with quaint food markets, cafes and bars.

For live music, you can find a number of good jazz haunts and gig venues right the way across the city, from Darling Harbour to Kings Cross, Oxford Street and the Rocks. Some of them are classy, some of them are surely on the scruffier side. Find your pick.

A classic spot for any cinematographic view is Bondi Beach, the most iconic beach in the country. Whereas you’re most likely safe from sharks there, October is right in the middle of the biyearly migrations of dolphins and whales. This means that pods of either could be spotted from the shore – and in many places throughout coastal Sydney. There are even reports of fairy penguins making appearances in Bondi Beach – a real treat.

For a bit of a salty splash, get the ferry all the way to Manly, just across Watson’s Bay. Feel free to take your top off and have a walk up and down the corso, ice-cream in hand – this is how Jon calls the main street. For food, make a stop at Hugos. Classy spot with good Italian food, and as expected, excellent views over the sea.

So you’re not saying “hooroo!” yet

(Again, probably nobody actually says that.) If you venture yonder, beyond the confines of Sydney and out into the bush, there is still plenty of bonzer spots in the vicinity that can help you wrap up this trip immersed in nature and ridiculously dangerous animals.

One of these spots is the Blue Mountains, a mountain range just a stone’s throw away from the city. If there’s only so much nature that a city mouse like you can take, you have one-day trips, where you will see enough green to quell your need to feel like Crocodile Dundee for a while. I’d suggest you avoid those big crocs if you see any. Yikes.

Just the name of the country evokes visions of deadly animals, concealed by the night in the maroon plains of the aboriginal outback. Good news – you can now actually see them at the Taronga Zoo. And even hug them – yes, apparently you can hug koalas. Kangaroos, platypuses, and even polar bears! Just get the ferry from Circular Quay to get there – beautiful vistas on the way. And if you’re in the mood for more wildlife, the Sydney Aquarium, just like the zoo, is highly regarded worldwide.

For a more adventurous take on the city, strap on a harness and climb the Sydney Harbour Bridge. You have probably figured out by now that this city is not short on breath-taking vistas. Well, this is just another one. There’s not a “Sydney” filter on Instagram, but the “Melbourne” one will have to do. Click.

This article is also featured in the Daily News at Sibos 2018 – Day 1 edition.
Click here to read the issue online or pick up a print copy if you are at the conference!
The digital and print editions are free.