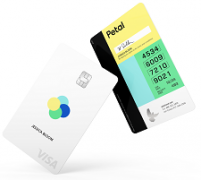 The company intends to use the funds for the public roll-out of the Petal Visa credit card.

Petal is led by CEO and co-founder Jason Gross, offers a credit card offer with no fees, no financial traps and no prior experience with credit required.

“Tens of millions of Americans have no credit score at all, and millions more have short credit histories that may not tell their entire financial stories,” the chief comments. “That’s a problem, since building credit is a necessity for many of life’s most important milestones, like buying your first car, starting a small business, or purchasing a home.”

It uses a process called “cashflow underwriting” and meshes big data with machine learning to “analyse an individual’s full digital financial record,” according to the company.

Founded in 2015, Petal launched its “no-fee” credit card as part of a pilot programme last September, at which point it debuted a mobile app that lets users track their spending,

Petal reports that there are over 100,000 people in its waiting list.