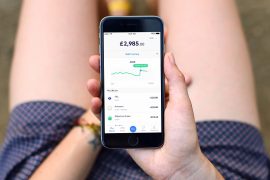 It is currently available to the UK registered businesses only, but will be rolled out to the European counterparts “very soon,” Monese promises.

“Opening a business account can be a notoriously time-consuming and complicated process,” the bank says. “If you’re not a local, it is especially rigid, expensive and – at times – painful. It can sometimes take weeks, or even months, to open a business account, which often acts as a deterrent for young companies looking to start out on their entrepreneurial journey.

“This frustration is compounded if your business takes you all over the world. The Monese Business account speeds-up this process and allows globally-minded entrepreneurs to set up an account in just five minutes, simply from their mobile phone, wherever they may be.”

Furthermore, the new business account comes bundled with Monese’s personal account, Monese Plus – “meaning business and personal finances can be managed seamlessly in one place, via a single, simple-to-use app”.

Monese Plus gives users two personal accounts, a UK one and a Euro IBAN one, allowing access in 20 countries.

Business users also get free bank transfers, card payments and direct debits, and cash deposits in over 40,000 locations in the UK alone. The bank also promises low rates on currency conversions and international transfers, and “completely transparent fees”. Account holders will have access to their financial statements at any time, as well as live customer support.

Norris Koppel, founder and CEO of Monese, describes the new offering as “the next big step in Monese’s expansion”.

“We know that life moves fast for entrepreneurs and their work often takes them all over the world, so they need fast, connected and transparent banking,” he says.

“Business banking should not slow down anyone’s ambitions. It should be with them at every step, wherever they are in the world.”

He adds that Monese Business is one of a number of offerings the bank is launching for “internationally mobile people and businesses”, following a $60 million investment in September this year (Series B funding round).

“This investment is enabling us to continue on our path to becoming a global financial platform to all,” Koppel states.

Monese launched in 2015. Since then, the bank says over 600,000 personal users have signed up across the UK and Europe, monthly new customers have tripled since the end of 2017, and customers are now moving $3 billion each year through Monese accounts.

Additionally, Monese plans to hire another 100 staff members by the end of this year, across its existing UK and Estonian offices as well as opening a new office in Lisbon, Portugal, “significantly increasing the size of its operations”.