How is AI transforming financial institutions? 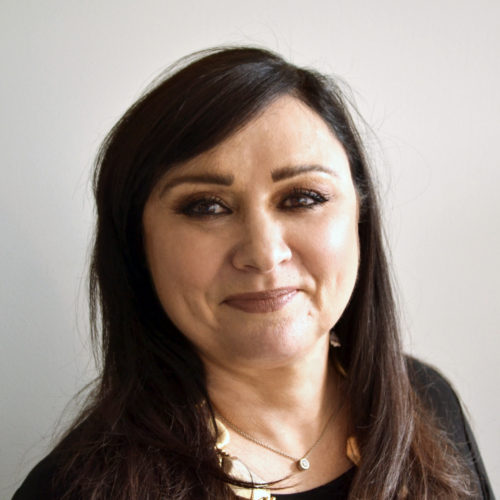 Helene Panzarino, SBC Colab: AI will become central to the fabric of institutions

According to a report from the World Economic Forum, artificial intelligence (AI) is set to become central to the fabric of institutions and will completely transform the financial landscape as we know it.

In the past dominant institutions were built on the scale of their assets, standardised products which drove cost-effective revenue growth, exclusive and direct access to their markets, high switching costs and human ingenuity. In the future, these institutions will instead be built on scale of data. AI will drive operational efficiency and tailored experiences. It will augment human talent and technology to give optimum performance.

The deployment of AI is forecast to save the banking industry over $1 trillion by 2030. The majority of the cost savings stem from front office operations with an estimated $250 billion being saved as a result of branches closing.

AI will also shift the competitive basis of firms towards the front office, and change the distribution of talent in the industry. Applying AI to compliance, know your customer (KYC) and anti-money laundering (AML) authentication and other forms of data processing will save banks over $217 billion in their back office processes and a further $200 billion could be shaved off underwriting and collection costs.

These numbers align with what other analysts and research firms have forecast. Bain & Company has pegged the savings at around $1.1 trillion, while Accenture estimates that AI will add $1.2 trillion in value to the financial industry by 2035.

Besides the cost savings, other advantages of implementing AI into financial institutions come in the form of faster processes, improved customer experience with tailored products and advice, smarter decision-making, and improved security and fraud detection processes.

To fully explore the potential of AI in the financial sector requires an in-depth understanding of customers and their finances. Banks have been sitting on vast data centres for decades but have only recently started to utilise technology to leverage their data intelligently.

To provide the best products and services companies know they need to profile their customers but this was historically a lengthy and expensive undertaking. AI employs algorithms which can process vast quantities of unstructured data to profile customers. Machine learning technology can then be applied to that data to analyse and predict behaviour patterns. By using predictive analysis banks can pinpoint the time a customer might be in the market for a specific service or product.

In addition to customer profiling banks are also using AI for chatbots and voice bots which interact with customers and solve problems before any human gets involved. AI can also spot anomalies or patterns which might indicate fraud and money-laundering. Data can be sifted to find trading patterns indicating risk or investment opportunities.

Successful use cases of AI in financial institutions

Most of the world’s largest financial institutions are undertaking research and development in the AI field, however, according to research by UBS the UK banking sector is unprepared to handle the potential disruption of AI that will ensue. Compared to its neighbours in established markets, it comes seventh out of the top nine countries, behind the US, Spain, Japan and Hong Kong.

This is no surprise since many banks are still using legacy IT systems, the majority of which were created in the 1970s. Earlier this year UK watchdog, the Financial Conduct Authority (FCA), urged the banks to invest in AI. It said the application of intelligent technologies such as machine learning, natural language processing, and robotics would improve financial crime detection.

In 2012, HSBC received a £1.2 billion fine over money laundering and admitted that its AML controls were not fit for purpose. To its credit, HSBC has since stepped up investment in this area and is now using Google Cloud machine learning capabilities for AML processes. HSBC has also been working with the London-based big data start-up Quantexa to help it spot potential money laundering activity. It even participated in a £2.3 million funding round in Quantexa in March 2017.

One of the most obvious uses of AI in banking is in trading. UK hedge fund Man Group has been using AI algorithms to define investment strategies for some of its funds, with extremely positive results. According to Bloomberg, by 2015 AI was contributing roughly half the profits in one of Man’s biggest funds, the AHL Dimension Programme (by September 2017, it was managing $5.1 billion),  “even though AI had control over only a small proportion of overall assets”.

The investment industry as a whole is using AI to find the fastest way to execute trades, make bets on market momentum, and to scan press releases and financial reports for keywords that could signal that a stock will rise or fall.

The UK’s largest financial institutions may be lagging behind, but the UK has several challenger banks emerging to pick up the slack. OakNorth has developed its own AI software, named Acorn Machines, which uses data to empower lenders to offer finance to SMEs.

Start-ups like the UK-based ComplyAdvantage show that AI is ripe for use in many financial service businesses. It provides solutions for banks such as money laundering and trading applications.

Overall, the UK’s fintech start-up scene is thriving and AI is part of that scene. Fintech is now one of the UK’s fastest growing business sectors and as demonstrated with HSBC, partnerships between fintechs and established financial institutions are happening and will become the prevailing trend of the next few years.

SBC Colab provides banks and financial institutions with early stage access to relevant growth companies. Its next theme – AI – kicks off in London in October 2018.