Freetrade is a UK-based challenger mobile stockbroker app. It launched its beta in April of this year, and it has already started signing up customers in the first phase of its roll-out since its launch on 18 September. 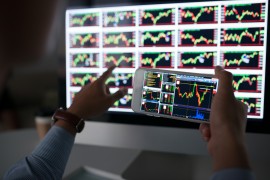 As we reported at the time of the launch of the beta, it only has £1 million in funding, and was founded by Adam Dodds. CTO André Mohamed joined at a later point and got the co-founder title.

Since it received permission by Financial Conduct Authority (FCA), it started signing up customers as an independent financial institution in its roll-out programme.

The firm has received funding through crowdfunding site Crowdcube. These investors will be the first to be signed up during its Super Early Testing, the first phase of its rollout programme.

During the Super Early Testing, only up to 500 customers will join, adding customers in small batches of around ten people.

Freetrade, as the name suggests, guarantees completely free trades as part of its business model.

It is currently only available on iOS, with Android version coming out soon.