Digital disruption is shaking up the worlds of watchmaking and finance 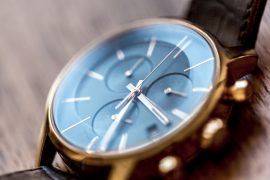 The Swiss watchmaking and finance industries will need to draw on their own heritage to respond to digital disruption. Innovation, tradition, experience and know-how are, now more than ever, their most critical assets.

Watchmaking and finance, activities traditionally associated with Switzerland, have both been impacted by the same phenomenon of digital disruption. This is what occurs when new technologies and business models come along, altering the value of existing goods and services. The sudden arrival of the Apple Watch for the watchmaking industry, and that of robo-advisors for finance, for instance. It is striking to note that this disruption follows the same pattern, whether it is attacking the watchmaking or the banking industry.

The Apple Watch is not a wristwatch; it is an iPhone worn on the wrist. But it has delivered a severe blow to the watchmakers. The assault came from a manufacturer that had never made watches. A revolution comparable to that of the quartz watches, which came close to annihilating the watchmakers in the late 1970s.

This is a major feature of digital disruption: the arrival of newcomers unrelated to the target activity. We can also see it in the disruption of the financial industry: not one of the start-up fintechs that are producing algorithms and tools to manage your investment portfolio comes from the world of traditional banking.

Another feature is the creation of apps to improve services, making them cheaper and more accessible. The example of traditional watchmaking is a good illustration. The original “service” of telling the time can suddenly seem too dear for many consumers. Why would they buy such an object? With the Apple Watch, you are connected to your iPhone and to an entire world that goes with it. So there’s the challenge, and it is just as daunting in the banking world since the emergence of robo-advisors.

What does Gen Z want?

Wealth management is banking’s most lucrative business, and so start-ups naturally attack it by offering the same service, but cheaper and more efficiently. When you ask a Gen Z’er (people born between 1995 and 2012) what they expect from a watch, they’ll tell you it’s “WhatsApp”. If you say a watch is for telling the time, they’ll say they can do that anywhere. Millions of people are seeing it like that. This is the third feature of digital disruption: a business model’s risk of rapid obsolescence. We always used to do our banking at the counter. Gen Z no longer wants to do this. They want to be able to do their banking via a smartphone app. From being a creator, the disruption now becomes a destroyer: the banking sector may lose thousands of jobs in the coming years.

Faced with such disruptions, the watchmaking and banking industries must react. I am seeing Swiss smartwatch brands hit the market, confronting Apple on its own home field. The IDC sales forecast for the Apple Watch is 45 million units in 2019. A good strategy? By going after Apple on the smartwatch market, they are attempting to imitate it. But is their product comparable? Apple has been selling us a connected world for years. But this is by no means the environment of our traditional industries. When offered a smartwatch lacking in this particular universe, consumers would rather go for the original.

The Swiss watch industry is famous for its innovative capacity and know-how. This is its only means to respond to the invasion of smartwatches. We recall the arrival of the Swatch in the early 1980s: a plastic watch which movement was audible two metres away. Yet it saved the watch industry from the quartz watch. We are seeing the same phenomenon today. We must innovate. Return to the fundamentals: a watch is not an ordinary object. But it’s going to take a lot of work to convince future generations. This is the heritage: centuries of tradition that have made Switzerland famous. For this legacy to survive, it must be passed on to the younger generations. What’s important is to open the door to a new world.

I have been seeing several strategies in the world of finance. First, the absorption of start-ups by banking groups. But this can have a negative effect on the start-up’s independence – and therefore its innovative capacity. The same can be said for co-operation agreements.

Second, the creation of a digital platform within a bank, replacing the competing start-up. This hybridisation can also pose a problem.

Finally, some banks will choose to abandon the mainstream consumer segment targeted by robo-advisors and focus on ultra high net-worth individuals (UHNWI). Levelling up this way is appealing: experience and know-how cannot be reproduced by automatic systems – at least for now. Such experience and know-how have made the Swiss financial industry a worldwide centre of excellence.