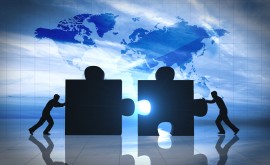 The company will be merged into Sopra’s banking software subsidiary, Sopra Banking Software.

Sword Apak was founded in 1979 and acquired by another French firm, Sword Group, in 2007.

In 2017, Sword Apak posted revenue of €27.5 million. More than two-thirds of its revenues are recurring. EBITDA came to €7.1 million in 2017. Over the past three years, the compound annual growth rate for revenue has been 19%.

Sword Apak has 250 employees, and its HQ is in Bristol.

Its main two offerings are the Aurius core banking system, which has around five users, all small banks in the UK; and the Wholesale Finance System (WFS), a vehicle fleet and inventory financing solution for car dealers.

WFS is a much bigger business for Sword Apak, with nearly 100 installations of the system internationally, including major carmakers’ captive finance companies such as BMW Financial Services, Daimler Financial Services, Scania Finance, Mazda Motors Europe, and Wells Fargo Dealer Services in the US. WFS is available through either a traditional licence/maintenance model or on a hosted basis.

“This acquisition gives Sopra Banking Software an unrivalled position in the asset finance software market,” Sopra states. “It rounds out Cassiopae’s offering (loan financing and fleet or personal leasing) with inventory financing solutions for car dealers and other distribution networks.” Cassiopae was purchased by Sopra in 2016.

“It also further consolidates its strong position with major groups that are already clients of the two companies by leveraging cross-selling opportunities, and provides a global, integrated, end-to-end solution covering all the sector’s financing needs,” the company adds.

There is no mention of the Aurius core banking system in the announcement, so its fate (and that of its users) is yet to be known.

Over the last decade, Sopra has grown its banking technology market share via acquisitions. In 2011, it bought France-based Delta Informatique and its Delta-Bank core banking system (now known as Sopra Banking Amplitude). This system has a significant user base across French-speaking Africa.

The following year, it purchased another core banking software vendor, Belgium-based Callatay & Wouters, and its flagship product, Thaler (which is now known as Sopra Banking Platform).

In the UK, Sopra also owns a tech business for building societies and smaller banks, called Mortgage and Savings Suite (MSS), which it bought from Tieto in 2012.