The power of the crowd: why blockchain could be the answer to the broken VC model 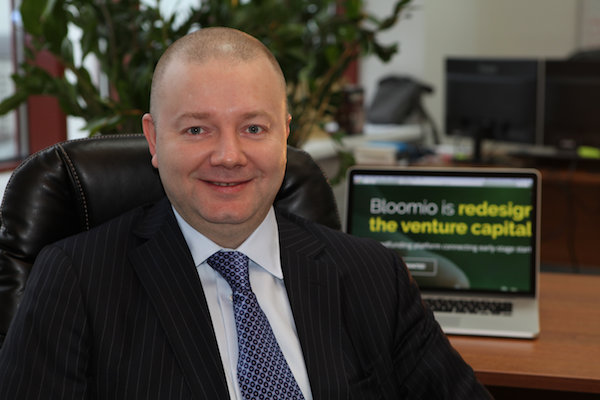 Max Lyadvinsky, Bloomio: is blockchain the answer to the broken VC model?

In a 2008 Forbes article, “Why The Venture Capital Model Is Broken”, Dileep Rao argued that the VC industry had become “a lottery system where a few make unbelievable fortunes while the rest lose someone else’s fortune” and argued that systematic flaws meant that most companies that actually deserved funding didn’t end up getting it.

Ten years on, and not much seems to have changed. The VC system is still very exclusive both in terms of the investors who are allowed to participate and the companies which they choose to invest in. And it seems to be taking its toll. There has been a sharp decline in VC funding for early stage companies since 2014, with VCs investing more capital, in fewer deals.

But in recent years, while VC funding may be slowing, initial coin offerings (ICOs) and equity crowdfunding platforms harnessing the blockchain have risen dramatically. The incorruptible digital ledger of the blockchain is improving access to and transparency within many industries, and is now shaking up the world of investment as we know it today. So, is blockchain the answer to the broken VC model?

Many have argued that the current VC model does not add enough value either to investors, or the start-ups which are invested in.

In a recent Inc article, Bryce Roberts argues that new investors – and large capital injections – can distract start-up founders at best, and can send them off course at worst. Traditionally, VCs have poured huge amounts of money into early stage start-ups, which often leads to premature growth and early death before companies become profitable, if adequate mentoring and guidance is not offered by investors themselves.

According to “Start-up Failures Post-Mortems” by CB Insights, the second most common reason behind start-up failures, after the lack of a real product-market fit, is overspending. In recent years, we have heard of VC invested start-ups burning through incredible amounts of cash in short periods, such as the recent case of Fab, which spent more than $200 million of VC capital in less than two years, before being acquired for just $15 million, leaving investors out of pocket.

As such, many companies who have great ideas, and products are missing out on investments, if they are not able to convince investors that they could be the next unicorn, or acquired for a huge sum by a giant like Facebook or Google. And after all, not every company can be a unicorn, but it doesn’t mean that they can’t grow into becoming a profitable company over time.

Over the last years, overspending has become a growing concern among many leading VCs, none of whom have actually been able to offer a viable means of solving the problem. However, VCs continue to pour more money into fewer deals, showing that VCs are becoming more cautious and hedging their bets on safer investments. And this isn’t surprising considering recent studies suggest as many as 95% of VC funds end up not being profitable.

On top of that, VC assets still suffer from a lack of liquidity. The average time from investment to exit for a VC funded start-up is generally five to seven years, and even longer for IPOs. As such, under the current system, VCs are much less likely to risk trapping their money for as long as a decade within companies which might not become massive successes, or at least giving them three times back the amount of their investment.

And to further compound this issue, smaller scale investors, who may be interested in investing smaller amounts into “more risky” start-ups, are excluded from doing so by strict US Securities and Exchange Commission (SEC) restrictions.

How can blockchain solve the current issues with the VC industry?

Blockchain offers the security and the flexibility needed to break the weak links in the VC system. It could very well offer a solution to open the door to more funding for more worthy start-ups, one that improves investor trust, and also improves access to a new generation of “micro-investors”.

The typical lifecycle of a VC fund is ten years, and the average time from investment to exit for funded start-ups is between five and seven years, meaning some partners need to wait a decade or more before being able to make a return on their investments.

New forms of investment like coin offerings and equity crowdfunding offer innovative options for investors that enables much more liquidity. Investors can easily buy and sell ownership without having to worry about waiting for a company to have an event like an exit, acquisition or IPO.

Coin offerings can offer much faster maturity than traditional private investing, and secondary market functions on leading equity crowdfunding platforms allow investors to sell their tokens, or shares to other investors internally, so as to get a return on investment quicker. In a chicken and egg situation, this added liquidity could well attract more investors to take more risks on earlier stage start-ups, if they know they can pull their funds if things start to go array, but in turn this added amount of secondary market investors buying and selling tokens will in turn offer more liquidity.

These secondary markets could also help solve the “burn rate” issue. Since the shares of start-ups would be tradable, this could put extra pressure on founder to make more calculated and informed strategy and spending decisions, in the knowledge that if secondary market investors became aware of a dangerously high burn rate, their company’s market value could drop significantly.

The SEC requires an accredited investor to either have annual income of at least $200,000 in each of the last two years or a net worth of at least $1 million. But SEC Commissioner Hester Peirce recently argued that the ability to invest in funds should be opened up, so that not only the smallest, and richest percentage of society can contribute.

But for now, the SEC has given the green light for anyone to invest in security token-based crowdfunding. While there are restrictions as to how much people can invest per year, based on their net value and annual income, the blockchain backed form of investing is much more accessible to the average person. Many argue that this will allow more people to invest in projects which they are passionate about, rather than simply trying to invest in the next unicorn, which will democratize access to funding for a wide range of start-ups from different industries.

Also, while many investors may be wary of investing via ICOs, under which their payment tokens do not actually guarantee them any return on their investment, using security tokens or equity crowdfunding platforms, players can invest in return for equity, similar to traditional VC investing. They can generally exit when they please via secondary markets.

Blockchain has been used to improve transparency, and control for the individual user in a range of different applications, and the investment industry is no different. Using smart contracts, would simplify ownership by reducing all of the paperwork traditionally related to equity ownership. While in the past share ownership needed to be legally notarised, which is costly in terms of time and resources, using smart contracts stored on the blockchain would reduce both time and cost, and improve security and transparency. Being able to easily buy tokens (shares) for smaller amounts, and have ownership stored on the blockchain would democratise access to investment for micro investors. It would also deal with the trust issue which is holding many people from getting involved in ICOs.

What does the future hold?

This year saw more money raised in ICOs than traditional VC rounds, however, while start-ups raising through tokens are ten a penny, so are ICO fraud stories. The lack of guarantees for people investing in ICO tokens, and the amount of bad press surrounding fraudulent behaviour has damaged the credibility of the ICO.

The future belongs to the security token. Companies like Bloomio, Harbor and Prometheum use security tokens to protect investments and ensure that more investors walk away with returns on their equity.

While there is no silver bullet for the multiple systematic and cultural problems in private equity, through smart contracts, ICOs and equity crowdfunding platforms, the blockchain is offering more options to a huge network of potential new investors around the world. If new organisations using the blockchain can overcome trust issues as well as the learning curve investors need to get started, the VC industry will be disrupted to the benefit of investors and start-ups alike.