Taiwan’s first test of its “regulatory sandbox” will begin on 5 December, according to the financial supervisory commission chairman Wellington Koo at the opening ceremony of FinTechSpace in Taipei yesterday (18 September). 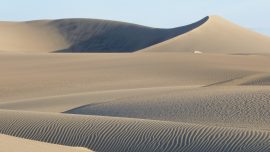 The Taipei Times reports that the sandbox will have KGI Bank and Chunghwa Telecom as participants, offering loan and credit lines which will be limited to TWD 200 million ($6.49 million) in total.

The commission, who greenlit the experiment, expect 4,000 people to take part throughout its one-year duration.

KGI hopes the sandbox test gives them access to new customers, including the financially excluded, according to the bank’s department of planning director-general Lin Chih-chi.

April saw the promulgation of the Act on Financial Technology Innovations, which was originally passed by the Legislative Yuan on December 2017.

KGI and Chunghwa Telecom applied in August for the sandbox experiment, the only application out of three by a financial institution, aimed at combining big data analysis with telecom mobile identity authentication technology.

According to Koo, the participants’ future payment records are to be used in the scoring model. “A person who pays telecom fees on time will have a higher credit performance,” he says.

To make the scoring more accurate, the experiment would verify the identity of the user by checking the IP address of the borrower’s mobile phone.

Once the loaned amount reached TWD 160 million ($5.2 million), a panel will determine if it should pursue the TWD 200 million maximum.

The experiment would need to stop if there are four cases of imposter fraud, but the bank is required to give a preliminary report halfway through.

If the sandbox experiment presents good results, the commission would consider adjusting the related regulations.

Personal information would be protected, as Chunghwa Telecom isn’t required to provide customers’ payment records to KGI without their permission, while KGI is to follow several criteria when selecting customers, such as having their mobile phone number for more than six months.