Refurbishment finance most popular use for bridging finance in Q2

Refurbishment finance reached a peak of 34% of all bridging loan activity in Q2, an increase of 18% from Q1. This is the data according to Bridging Trends, a collection of bridging and property finance activity from five of the largest brokers and lenders in bridging finance in the UK. 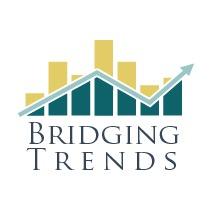 Bridging loans are commonly used by property investors and developers looking to break traditional property chains. Rather than the lengthy delay of an average mortgage, borrowers can apply for funds within a matter of days or weeks. Bridging finance is common used for financing projects within a short deadline such as buying property at an auction or trying to secure a site with a lot of competition.

Mortgage delays are popular for homeowners who are looking to move to a new home but have not yet sold their existing home. This means that they can borrow secured against their first property and move into the new house. Once the original house sells, they simply repay their bridging loan.

In Q2 this year, the trends show a demand for property developers using refurbishments as a way to improve the property’s value. This was also a reflection on the increased regulation in 2018 which has made buying new properties in the buy to let market more expensive and stricter to be gain approval.

What were refurbishments used for?

Typical refurbishments included adding home extensions, new kitchens, bathrooms and renovating the interiors. This was followed second by property development projects at 33% which involve taking an empty plot of land and building up a new property – maybe to resell at a higher value or rent out to tenants.

The report by Bridging Trends showed that the average speed of bridging finance in Q2 was around 43 days, decreased by five days compared to Q1. However, depending on the project and relationship with the lender, some applicants can receive funds in one to two weeks.

In addition to the popularity of refurbishment finance, the bridging market has seen a notable fall in regulated activity, down from 43.7% to 36.8% in Q1, the lowest it has been since 2015.

The fall in regulated activity was attributed to a fall in completions for auction purchases and mortgage delays, by as much as 13%. Borrowers have continued to favour non-status lending where there are no credit checks required and a more lenient criterion, despite interest rates being higher.

Elsewhere, the equity release industry has seen a 10% increase between May and July. Equity release schemes are a popular method of households over 55 to give up equity in their property for a one lump sum which is tax free.

Commonly used for home improvements, helping children to get on the ladder and supplementing a pension, homeowners unlocked nearly £1 billion of wealth from their properties between the period of April and June which is the highest amount ever recorded in a single quarter.