RBI says no to Yes Bank CEO staying on

Yes Bank, in India, is seeing its CEO’s tenure come to end in January 2019, as stipulated by the Reserve Bank of India (RBI). 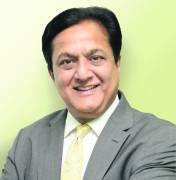 Rana Kapoor’s forced exit goes against what the bank’s board proposed – an extension of its position until the end of August 2021.

The bank’s board is set to meet later this month to revaluate the way forward.

Yes Bank has been going through a lot of scrutiny as a result of its lack of transparency in reporting its loan quality.

The CEO has previously worked for Bank of America, ANZ Grindlay and Rabobank, and is, alongside his brother, the co-founder of Yes Bank.