Makers Academy: training the coders of the future 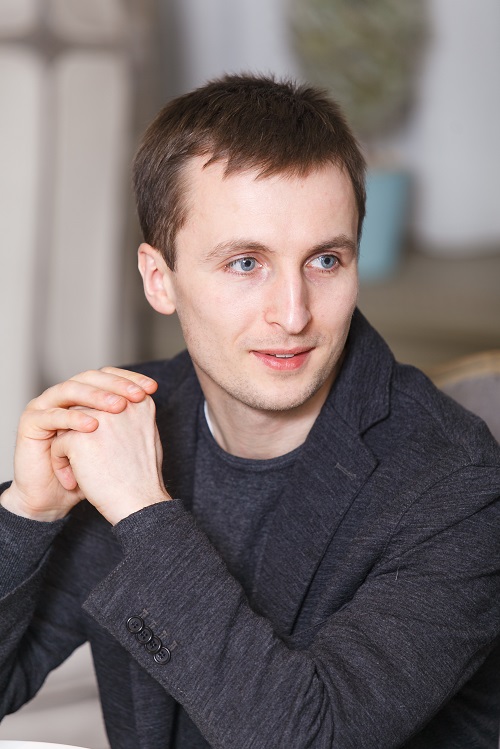 In a period of rapid technological change, young people need skills to set themselves up with the jobs of the future. Coding is becoming a highly desirable and sought-after practical skill by employers but there aren’t many routes for young people, particularly those from less-advantaged backgrounds, or women and girls, to realistically make this a potential career.

Enter Makers Academy, a coding provider based in Shoreditch, London.

Makers has a successful track record for spotting and developing the talent of students from diverse backgrounds, and over 35% of its engineers have been women: two times higher than the industry average. In the past it has also developed its own fund to attract students from difficult backgrounds.

To date, Makers Academy has turned over 1,400 people into junior software engineers and placed them with major brands such as Deloitte Digital, Capgemini, PaddyPower BetFair and Deliveroo.

Makers Academy is again breaking new ground and the pioneering coding school has become the first in Europe to launch an accredited apprenticeship level scheme that trains people up to become software engineers immediately after graduation. The highly technical course is covered by companies leveraging their Government apprenticeship levy – and the school already has companies signed up including Compare the Market, CGI, RELX, BGL and Holiday Extras. Makers aims to plug the diversity and the skills gap in the UK with these types of programmes.

Makers’ high-intensity and immersive Level 4 software developer apprenticeship programme will offer coding training for students wishing to accelerate their careers as technology professionals. Unlike most apprenticeships, the provider has borrowed from its five years running a software engineering bootcamp to condense the entire apprenticeship programme into only 12 months. This means that apprentices will be learning at the provider for three intensive months during which they will become professional software engineers by the time they start working at the employer. Following this upfront intensive training, the apprentices will take an eight-month placement programme during which they will be building software professionally whilst accelerating their careers through Maker’s fast track learning experience.

The programme is open to everyone and applicants do not need to hold a university qualification.

“We are thrilled to be launching the UK’s first apprenticeship software engineering programme in the format of the bootcamp we have been running for over five years. We feel our contribution will benefit the levy scheme, which has not yet reached its full potential,” says Evgeny Shadchnev, CEO of Makers Academy.

“Makers is raising the bar on quality in respects to apprenticeship schemes as we offer the best computer software training programme in Europe, he states. “We’ve achieved this milestone independent from any government support having trained 1,400 in the past five years working with  hundreds of leading UK employers. Now that we are part of the official register of training provider, we will have more employers working with us – and even more young people coming forward to train as software engineers.”

The apprenticeship levy stipulates that large organisations with an annual pay bill exceeding £3 million must pay the levy at 0.5% of those costs. This levy money is converted into digital vouchers, which can be spent on apprenticeship training courses offered by members of the Register of Apprenticeship Training Providers (RoATP), which includes Makers.

The levy will raise £3 billion a year in taxes for use in training apprentices – and the aim is to have three million apprentices trained by the end of 2020.

We talk with Makers CEO Shadchnev:

I worked as a software developer after completing an MSc at Imperial College. Yet soon after starting my first job, I began to doubt whether my computer science degree was worth it. What I learnt after studying for many years was that I wasn’t prepared for the real world. As a junior software developer, I had to learn on the job. Why was there a disconnect between my university experience and commercial experience? Why did it need to take so many years? Can we get complete beginners to become employable in just a few months time at a fraction of the cost?

I realised that the expense, in terms of time and money, did not make sense. That was the inspiration behind Makers. Over the years we learnt to simulate an environment that is as close to a real working environment as possible, this is why our office doesn’t look like a university, but more like a start-up.

A fast and flexible gateway to the tech industry, we believe in a holistic approach to learning; we’re also committed to increasing diversity in the tech industry. We know that to be a software developer, you not only need the technical skills, you need communication, collaboration, emotional intelligence and should be able to work well with others.

This is why our course includes meditation, yoga and personal coaching.

Research shows that there will be a shortfall of around one million developers by 2020 – the industry is crying out for fresh talent. More than three-quarters of UK organisations are experiencing challenges in recruiting people with digital skills, according to research from Deloitte. The digital skills gap costs the UK economy £63 billion a year, according to a report by the House of Commons Science and Technology Committee. Almost 90% of new jobs require digital skills to some degree.

Despite the vacancies, however, some 13% of computer science students are still unemployed six months after graduating. Makers has been at Parliament in the past – helping the Government deliver a better solution for the massive digital skills gap – by contributing to a report by The Coalition for a Digital Economy (Coadec).

We’re on a mission to find tomorrow’s tech talent and we are casting a wide net in our search for the best candidates – and opening this competition to anyone who is interested in a career in tech. We believe that talent is everywhere, but opportunity isn’t, so we are aiming to level the playing field by sponsoring students from different backgrounds to do the course. This will not only help to close the fundamental digital skills divide that still plagues this country, but the diversity gap as well.

The world is being transformed daily by software. While other industries are shrinking, the technology industry can’t grow fast enough to keep up with demand. Entering a career in software development leads to well-paid and intellectually challenging work; gives you skills that can future-proof your career (as automation becomes more ubiquitous); and can lead to a globally mobile professional trajectory.

Traditionally, young people who wanted an intellectual challenge might have gravitated towards careers in law, management consulting, and finance. These days, as those industries are being affected by globalisation and automation, we train those who want a career for the future.

As Costas Kiteou (management consultant turned Maker) said: “I work with some of the most brilliant and talented people in tech and psychology, building amazing solutions, learning at an accelerated pace and I love I what do. I never thought I would actually say that I look forward to going work.”

Through our paid course, junior developers can expect to earn an average of £32K after just 12 weeks. With our accelerated learning trajectory, Makers could earn £45,000 a year later. Through our apprenticeship course, apprentices earn £18,000-25,000 from day one.

We have trained over 1,500 people into professional software engineers, working for 300+ brands including Financial Times, Compare The Market, Deliveroo, Tesco Bank, Santander and Starling. In just a few years, Makers have already become mid-level developers, team leaders, senior developers, even CTOs. All our hiring partners tell us that Makers get promoted usually faster than university graduates.

Historically the rate of female students on our courses is 35% which is about double that of the industry average. Part of that is because we have always offered discounts for female applicants and used marketing that promotes software development as a career for everyone and anyone. Altogether, we must have trained north of 500 female engineers.

We train our developers to be tech-agnostic, able to fit into any team, in any stack. Specific tech is not the most important bit, it’s everything else they learn that is: teamwork, best practice, TDD, agile, communication, feedback, delivering value to a user – and, most importantly, independent problem-solving.

Makers are welcome to train in blockchain if they select that as a pathway. As a matter of fact, there has been a number of final projects built around the blockchain, such as this prescription management application.

If companies are looking to hire consistently brilliant tech talent from a diverse range of talent pools, we are here to help. We care about training a diverse pool of talent – gender, age, background, ethnicity – and we know that the best way to do that is to be inclusive. When it comes to recruiting people to train at Makers, we’re more interested in the behaviours and attitudes someone needs to succeed as a developer than where they went to a university or how much money their parents make.

We look for people from any and all backgrounds who show the ability to think like a programmer – deconstructing problems, recognising patterns, and the ability to use hypothesis-driven thinking to solve complex problems..