Learning to dance: the trick in life, politics and organisational reform is there is no trick 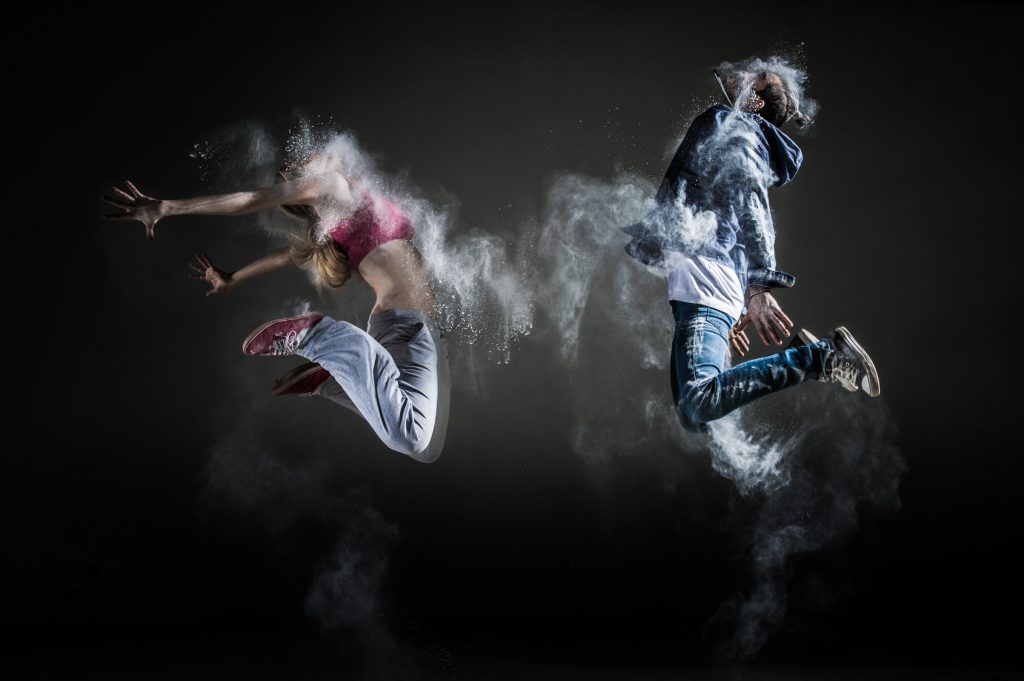 Learning to dance: the trick in life, politics and organisational reform is there is no trick

My sister has this thing when the whole family is together and catching up: if she has to leave the room to answer a ringing phone, get a fresh cup of coffee or perform any activity that takes her out of earshot she will glare at each family member in turn and say in a voice that can cut diamonds: “do not say anything interesting until I return”.

I wish more people felt that way. In life and in the office.

We live in times of great polarisation

Our societies are divided. Not the worst that they’ve been but definitely not showing any indication of maturing narratives.

Public discourse has become quick to anger, quick to jibe. Leading with an insult before the other side gets in first.

This is, needless to say, unlikely to take us anywhere good or new and even my sister wouldn’t mind you going on with this conversation without her.

And the reason we do that is a conviction that it is both possible and desirable to opine (everyone is entitled to an opinion and all that) and then move on. From brexit to stem cell research, from aadhar to immigration policy the world over, there are loud voices shouting slogans, anecdotes or personal preferences and expecting that to be the end of the conversation. I said, now go do. Short answers and no sweat. Opinions with neither research nor dialogue. Power with no effort.

I don’t mean to tarnish everyone with the same brush. It is not universal. But it is prevalent and it is hurting us.

I was told people hoped I would die for expressing an opinion in favour of India Stack. I was called a lunatic by a Philadelphia nurse when I described how the NHS worked. She remained unconvinced that what I described was real and refused to google it for herself. And this was someone who cared deeply about healthcare.

I was told to chill when I tried to insert facts into a conversation about immigration (we are net contributors to the economy peeps, and that’s not counting the lateral benefits of gene pool, cultural, culinary and linguistic diversification).

I was told it’s ok, they meant the other immigrants.

In 2008 I was called naive because I advocated for open source software. In 2013 I was called stupid (in a meeting, that was amazing) for saying blockchain is important, don’t need be distracted just by Bitcoin. In 2014 I was told, “some of us are busy sweetheart, not all of us can go around thinking about the future”, by the same man who about a year later darkened my door to say, “so APIs… turns out my clients care”.

It happens daily. And it happens in the boardroom because it happens at the dinner table, and in the schoolroom, and in media debates, and in parliament. It happens everywhere, because we let it. Cheap uninformed opinions followed by a flick of the hand that says conversation over, now make it go away.

I’m afraid that won’t do.

In society, at your family table, in the boardroom, entrenchment is a terrible choice when only conversation will move us forward. But conversation is an art that takes practice, commitment and presence. It’s like learning to dance. You can’t rush, the song keeps its own time. And you should avoid treading on your partner’s toes. Meet them half way across the dance floor, then see where the dance takes you. It should be possible to persuade each other, based on facts and reason. It should be possible to dance your way to any corner of the room. Conversation should not have a predetermined outcome.

The fact that it’s a dying art doesn’t mean it is not an important one.

We live in times of constant change

Entrenchment makes for unpleasant parties and difficult family Christmas dinners. It robs us of so much cross-pollination. Art that was never created, people who never truly connected and therefore never started businesses and had children who never discovered that thing that would change the way you listen to music forever.

Now you may not care about that (though let’s face it, those who don’t care have long stopped reading) but can we reflect on how dangerous entrenchment is in times of rapid change?

I know what I know and I like what I like is limiting at the best of times. But with our societies and our businesses transform under our noses, it lacks both finesse and realism as both what you know and like is changing irrespective of whether you are choosing to pay attention.

If you refuse to acknowledge the realities of global trade dynamics and population movements because you don’t like your brown neighbour and want to have the benefits of prosperity but none of the components underpinning it; if you refuse to engage with ecosystem economics because you preferred it when you kept the entire profit margin to yourself, no sharing… if you refuse to engage with the world and learn the detail of what it is you are basing your decision-making on, (be it fisheries, tariffs or investing in Environment-as-a-Service) and you defend your right to an uninformed opinion as if that is what democracy and making it to the executive committee was all about, then you are a problem.

And if we go on treating your claim to a right to be uninformed as valid and defensible and not the entrenchment of a five year old who didn’t realise now that the baby brother arrived there is another person around and that changes things and doesn’t like it so wants to send him back, then we are part of the same problem.

I don’t want you to agree with me. Not on politics, not on business transformation, not on future state architecture.

But I do want you to acknowledge that, if you are joining the dance, you may need to find your feet. Maybe you can’t lead it on your first day. You can’t rush the learning. You need to put in the hours. The hard yards are not optional. If you want it be part of the decision, you need to be part of the process. And having an entrenched a priori position and arms tightly crossed at the chest does not count as participation, whatever you are discussing, be it what movie to watch or whether to invest in a data lineage project.

I can’t explain what an API is in the first slide and offer you two options for your future-state architecture and monetisation expectations by slide 9 without manipulating you. And the fact that you are ok with that implication and we agree to call it ‘executive level briefings’ is a problem. Almost as big a problem as reducing law to twittable sound bites.

By all means be self interested in the process, think of yourself, your family, your business first. I am cool with that. But put in the effort.

You can’t leave the room and expect people to be done by the time you return. Not just because, as my sister will tell you, you may miss out on the best bit. But because by leaving the room you forfeit your seat: if you want to be a part of the decision you need to commit to the process. You need to be present. You need to join the dance. It may be familiar so before you know it you will be twirling and thumping and leading. Or it may be a new melody, unfamiliar steps. New technology. Complex policy issues. Implications of law, enterprise architecture of go-to-market strategies that you had not encountered before. You need to slow down. Learn the steps. Study. Observe. Decide for yourself which of the million moves available suit you.

You won’t shine immediately. There is grace in learning even though the learning itself is not graceful. You will not be of sound judgment always, although working to a decision without rushing past the hard bits is the highest form of wisdom.

You don’t have to. You are totally within your rights to stay away from politics, policy, business transformation, technology infrastructure debates and ethics. It’s ok not to care to dance. It’s also ok to want to be an awesome dancer without putting in the effort. Without the blistered feet, the sweat, the sprains, the effort.

It’s ok to want it, it’s human, this laziness. But it’s not realistic. You can want it but you can’t expect it.

And we are doing nobody any favours by encouraging the view that people can make complex decisions by virtue of where they happen to sit at the time the decision is needed. The world is changing. New things appear every day. The dance is changing. Join it, learn it, lead it if you will.

But if you want a hand in the choreography you need to learn to dance first. And if you want to share the applause for the finale, you need to stay dancing till the end.

The hard yards are non optional.