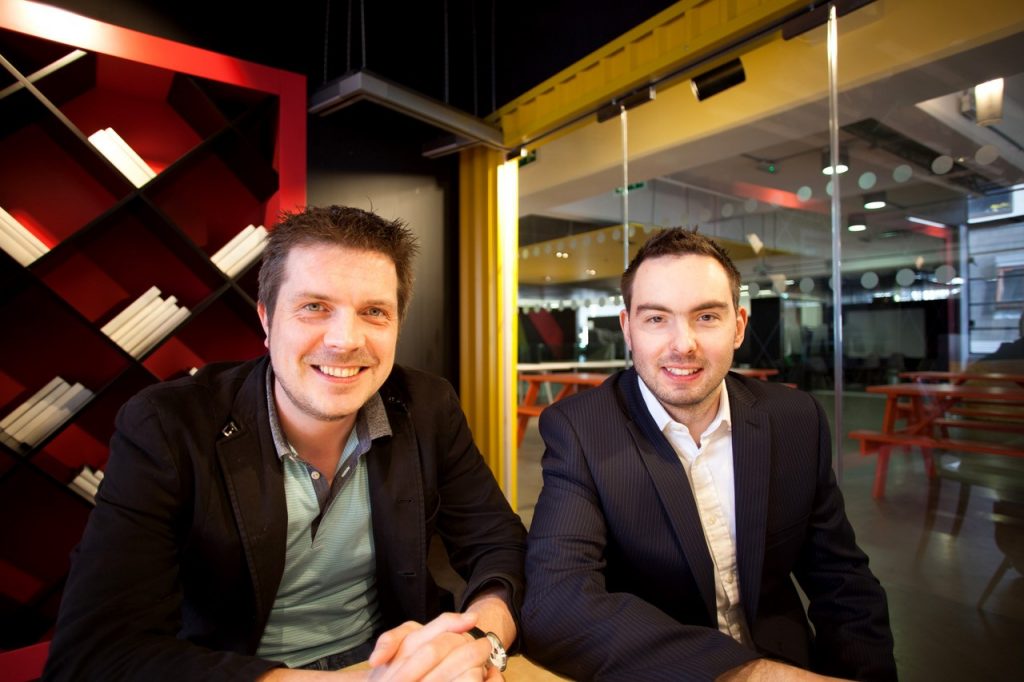 Fintech start-ups want to collaborate in partnership with banks to create new economic models that meet the needs of a radically changing society, says Ivo Weevers, co-founder and CEO of Albert, a bookkeeping app for the solo self-employed.

Harvard Business School Professor Clayton Christensen once hailed disruptive innovation as a creator of new market and value networks. His thesis was that new opportunities emerge for customers and businesses when social and technical elements within or between businesses are revisited. Nowhere is the trend more evident, or more positive, than in the emerging relationship between fintech start-ups and banks.

Traditionally, banks have prospered because their customers, branches, regulation and finances are all in place. Niche business models came second to serving the needs of the mass market. Nowadays, shifting consumer habits are both a demand for change, and a result of it. On the one hand, they are prompted by bank closures, on the other by massive strides in  digitisation and personalisation; by permanent connectivity provided by the mobile internet, and by savvy financial start-ups and tech giants who put user friendly, customer centricity right at the heart of what they do.

These radical shifts have created a millennial generation that takes tech disruption for granted, and a mobile workforce that is turning towards self employment in entirely new ways, creating a gig economy that did not exist even five years ago. Last year, solo self-employed contributed a whopping £271 billion to the UK economy, enough to fund the National Health Service (NHS) twice over.

The advent of this gig economy, an employment revolution, has created a parallel revolution in financial services. One size no longer fits all. A bank might define its SME segment as customers with revenues up to £5 million, but the needs of a £5 million revenue business (in terms of loans, services and customer service) probably lie much closer to a £10 million business than a £20,000 per year self-employed freelancer. As different customer groups emerge even within the SME segment – they require entirely new, tailored services and products that add up to entirely new business models.

This is where the fintech start-up comes in. Smaller tech organisations excel at optimising the customer experience for specific segments, while banks retain their recognisable brands and are able to segment and distribute these new experiences to relevant customer groups. Our own app, Albert, is the top rated finance app for the solo self-employed on the App Store. Thousands of people took the time to share positive opinion about a positive experience – a rarity in financial services.

We partnered with a challenger bank and a mobile operator to create working examples of how a partnership can seed and grow into an offering that people understand, like and actually want to pay for, showing just how successfully cost-effective credit stability can be ensured.

As society individualises and smaller groups require special attention, large organisations often find it hard to serve such groups in cost-effective ways. Smaller organisations, however, can run more cost-effectively and have much lower customer acquisition costs at the front of the funnel, leaving the banks to do what they do best, run large financial infrastructures that can provide financial and credit stability. Combining the benefits of both creates entirely new, cost-effective customer centered approaches to market, in sync with the shifting societal trends.

Ours is a case in point. Building a tech stack for a brand new bookkeeping technology for the solo self-employed is a complex undertaking, without precedent. To make it compelling as a proposition and simple to use for customers from all walks of life takes time and resource, both of which would be better served by working in organised collaboration between bank and start-up, not just by the start-up alone. Neither party can afford to sit back when the benefit can belong equally to each.

Another example of a timely partnership comes in Barclays’ minority stakeholding at MarketInvoice. Barclays plans to fund invoices in the future, growing its asset base in the small business segment in a deal designed to help SMEs manage their finances.

Such partnerships serve the need for speed, which is crucial in such a competitive market. Fintech start-ups know better than anyone that to win in the new technological landscape, speed is of utmost importance for capitalising on a changing landscape. Due less to their unwillingness, and more to their sheer size, large organisations often lack the flexibility and fast reaction times with which to respond to changing customer needs. Combining the strength and trust of large bank brands with the speed of small lean teams cuts down on political red tape and ensures a more urgent approach.

“ABN Amro’s renaissance has been spectacular to behold”

ABN Amro – the bank that gets it

A role model for a great peer-to-peer (P2P) relationship is to be found with ABN Amro, whose renaissance has been spectacular to behold. Open banking has dawned, with its promise of synergy and innovation in financial services. In the UK, the nine largest current account providers are now obliged to allow your personal data to be shared, if you allow them. But none of them are, in my view, as forward-looking as ABN Amro, which regards open banking as a milestone, not a destination.

ABN Amro is more modest than most, in how it regards itself as an ecosystem for growth, in which it can engage with fintech start-ups to develop and distribute new ideas and keep ahead of its customers.

Instead of just working alongside fintechs, or digitising its own products from scratch, ABN Amro takes minority stake in the fintech start-ups that show the most promise. The majority are already active with customers and other investments in place. ABN Amro reaches out and supports these fintechs via a dedicated fund. This is no ordinary investment fund because it doubles as a talent scout for fintech start-up prowess, and as a showcase to the bank’s internal businesses, whose duty to their customers often makes it hard for them to keep track of external innovations. These internal businesses tell the fund how it can help them, what innovations their customers would most like to see, and with its 360-degree view of the fintech investment marketplace, the fund knows where to look.

Instead of waiting to be approached, the fund goes out of its way to meet fintechs. It works innovatively with start-ups both as introducer and fellow investor and as a customer of the investments. ABN Amro’s corporate venture fund – Digital Impact Fund – co-invests with traditional venture capital (VC) firms and joins in deals on the same terms and conditions each of the shareholders need bring their own experience and added value to the company.

Once invested, it gives the fintech start-up space to evolve, without undue interest in its commercial contracts with competing banks. It also leaves management alone to grow and develop strategy and products. Fintechs know the bank has the regulation, the cash and the brand to make the investment work, while ABN Amro equips its business units and customers with the hottest fintech ideas, which it both nurtures and profits from.

A working example of such synergy I like is ABN Amro’s investment in Swedish financial wellbeing app Tink, a platform that shows where a customer has spent his/her cash – on rent, transport, entertainment etc. It’s designed to provide better financial wellbeing, in real time. ABN Amro has invested in, nurtured and white-labelled Tink to its five million strong retail customer base, 10% of whom now use the app. Today, other banks, including BNP Paribas Fortis, also deliver Tink’s solutions to their customers.

As we say in the Netherlands, “talk is cheap”, and what I like most about ABN Amro is its attention to its execution, which is driven by the same sense of entrepreneurism it shares with its fintechs. Like us, it sees beyond a future ripe with disruptive challenge, to a shake-out in a crowded market in which new regulations allow some traditional banks to fail and some challenger banks to turn into apps – or even successful banks. It knows that the only way to survive is by disrupting itself, treading new ground, finding new ways to align interests, new investment techniques and hedging strategies that keep its competitors on their toes. All this chimes well with fintech start-ups that want to be recognised, respected and treated as equals in an environment that everybody finds equally challenging.

What many fintech start-ups want most of all is to create valuable new products and services in partnership with banks, to do so cost effectively and in a spirit of openness and mutuality.

Rather than be blindsided by the future, ABN Amro prefers to invest in it. Fintech start-ups want the same thing. The future is not about killing, but about collaboration.