Cybersecurity start-up Darktrace has closed its series E funding round with $50 million raised, taking its valuation all the way to $1.65 billion. 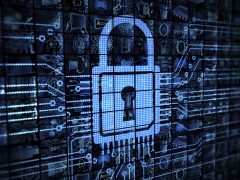 The round was led by Vitruvian Partners, with participation from existing investors KKR and 1011 Ventures. It says this funding will drive further international expansion and development.

The firm says that its product, Darktrace Antigena, responds autonomously within two seconds to the earliest signs of threat. The firm has seen an increase of its adoption of 30% in the last quarter.

Sophie Bower-Straziota, managing director at Vitruvian, says: “The sophistication and quality of Darktrace’s artificial intelligence (AI) is evidenced by the rapid success of its autonomous response system, Antigena, the first of its kind in the market.”

It has recently included new capabilities like autonomous response for cloud, as well as protection against “sophisticated” email attack campaigns.

“Darktrace continues to enjoy strong growth in new and existing geographies, and is now the most widely used enterprise AI on the market,” says Darktrace CEO, Nicole Eagan.

Darktrace says it has grown its employee headcount by 60% in the last 12 months, opening eight new offices in the last year. Despite this, the firm reported an operating loss of £24.4 million in 2017.

Last year, Darktrace raised $75 million in a Series D round